Nate Sestina on Kenny Payne: “He Changed my Life” 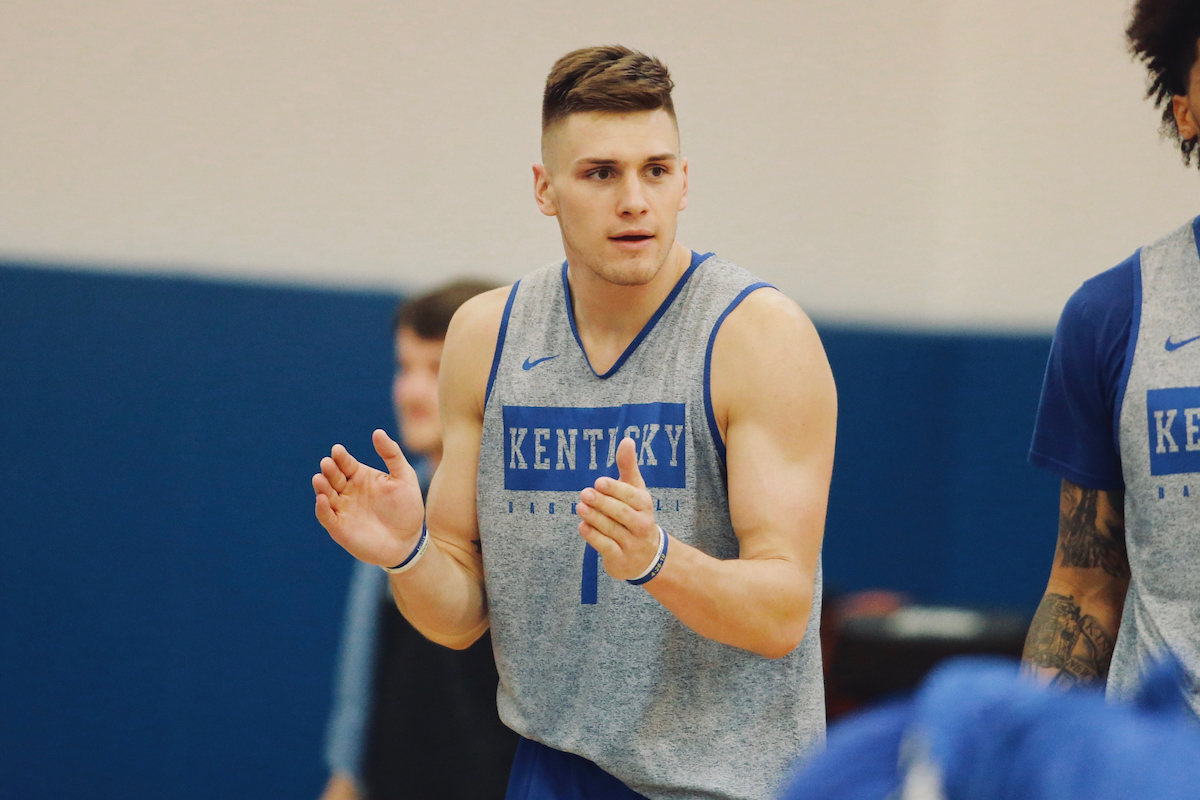 Nate Sestina joined the Kentucky Daily podcast Wednesday to discuss the impact Kenny Payne had on his career at Kentucky.

Earlier this week, Payne accepted an offer to join the New York Knicks coaching staff as an assistant coaching, bringing an end to a decade long tenure at Kentucky.

“It was life-changing, for real,” Sestina said about his one season with Kenny Payne. “On my official visit, he was a big reason why I committed. It had nothing to do with the glitz and the glamour and all the shoes and all the gear. It was the, how hard are you willing to work to chase after that dream? [question Payne asked Sestina].

“I sat next to him at dinner, and he was asking me questions about it. He pushes you and makes you step outside your comfort zone. He changed my life. He changed my family’s life. Before I left, he told me I was a family member for him, and that meant a lot to me.”

When asked about memories from his lone season at Kentucky, Sestina says a story about Payne comes up in every conversation.

“He’s probably about 90-percent of those memories. He’s the man. Every day he pushes you in some aspect, whether it was in practice or how hard you’re willing to go in the weight room or how hard you’re willing to go in workouts and individuals. He’s just the man. I’ve said it before, but every time I talk to somebody, I have a KP story that comes up. People ask me about Kentucky, and what it’s like, he’s probably one of the first things to come out of my mouth. He was a big part of everything. Obviously, Coach Cal is, Coach Barb [Tony Barbee] and Joel [Justus] and Robes [John Robic] and everybody, but I was with KP, and I worked out with him every single day.”

You can listen to the entire episode with Nate Sestina below. The former Wildcat discussed more Kenny Payne and the following topics:

Mitch Barnhart: “We’re going to find a way to play a championship”
John Calipari wanted Kenny Payne to take his job when he leaves UK