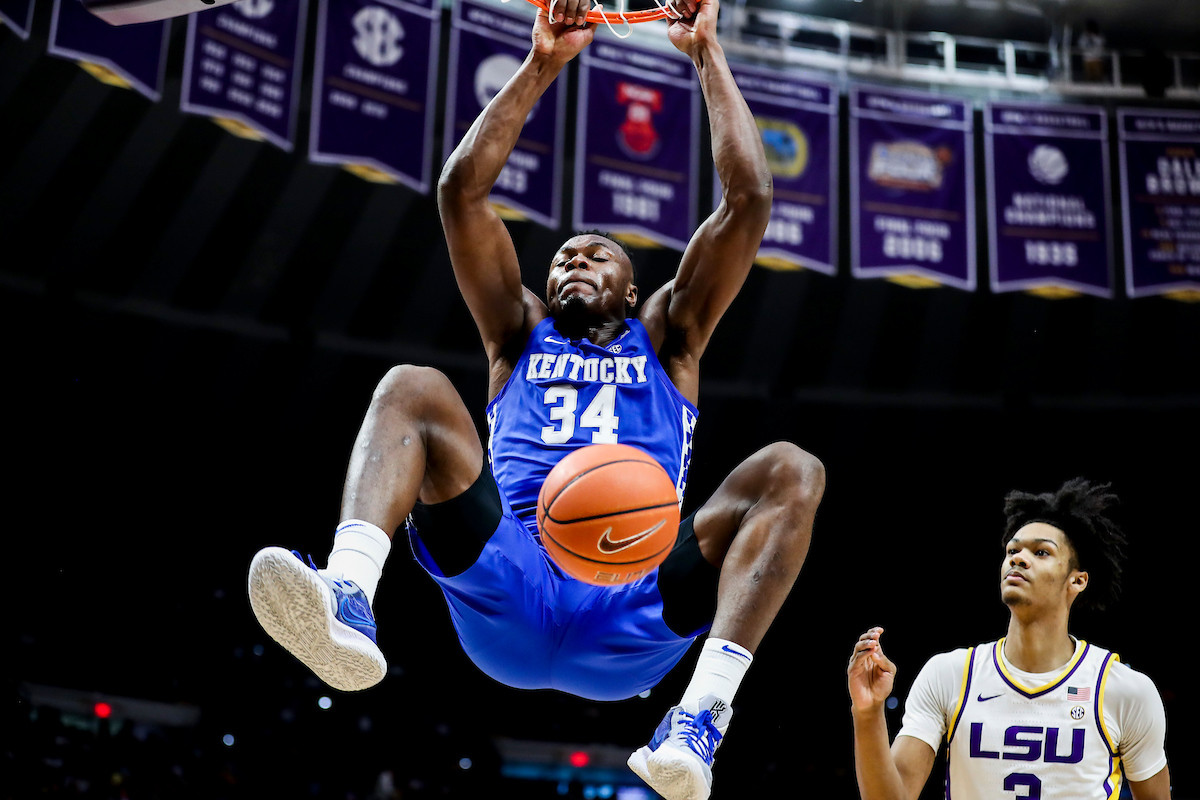 The Kentucky Wildcats picked up their first true road win of the 2021-22 season Tuesday night at Vanderbilt, defeating the Commodores 78-66 at Memorial Gymnasium in Nashville.

Oscar Tshiebwe has emerged into more than a rebounding specialist for Kentucky, finishing with a career-high in scoring for the second straight game.

Fresh off a 29-point performance vs. Georgia, Tshiebwe scored 30 points vs. the Commodores while grabbing 13 rebounds, notching his 12th double-double of the campaign.

The junior forward has strongly placed his name amongst the list of candidates for National Player of the Year through 16 games.

Junior guard Sahvir Wheeler missed his second straight game due to a neck injury he suffered vs. LSU. Freshman guard TyTy Washington got his second start at point guard in as many games, totaling 15 points, 4 rebounds, and four assists.

Tshiebwe and Washington were the only players to reach double figures but the trio of Davion Mintz, Kellan Grady, and Keion Brooks Jr. each added nine points. Jacob Toppin (4) and Bryce Hopkins (2) rounded out the scoring for the Wildcats.

Behind Tshiebwe’s 13 rebounds, the Wildcats dominated the Commodores on the glass 42-26. Kentucky also owned a 36-18 advantage in the paint.

Kentucky improves to 13-3 (3-1 SEC) on the season. Next up for the Wildcats is Tennessee at Rupp Arena Saturday afternoon.

Check back for postgame coverage from Nashville.

Davion Mintz Gets the Start vs. Vanderbilt
Quick Takeaways from Kentucky’s 78-66 Win at Vanderbilt