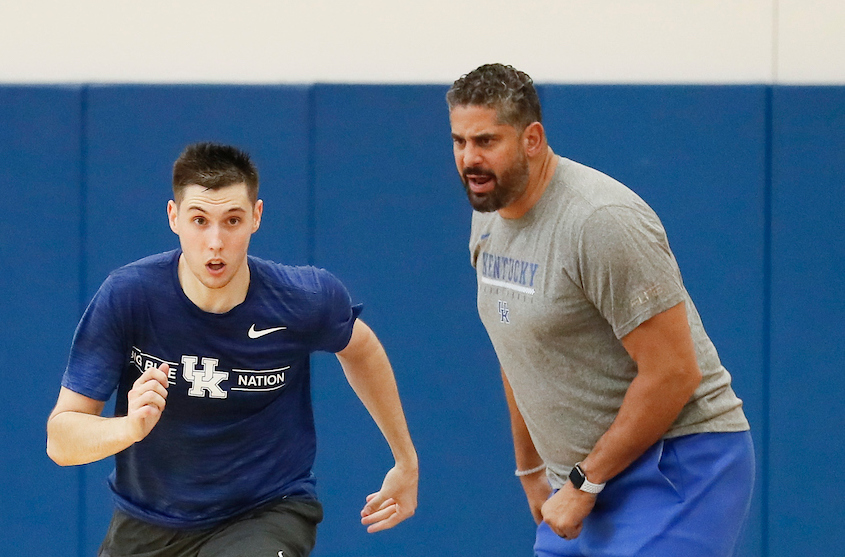 Update: John Calipari says CJ Fredrick had a minor procedure Monday morning and will be ready for the season.

CJ Fredrick has reportedly suffered a broken leg, according to Ryan Lemond of Kentucky Sports Radio.

Lemond reported the news during Monday’s second hour of Kentucky Sports Radio with Tom Hart of the SEC Network hosting.

Lemond added that Fredrick had surgery on his leg this morning. UK hasn’t released anything official to this point.

The news is unfortunate but Kentucky has depth in the backcourt with the return of Davion Mintz and Dontaie Allen to go along with transfers Kellan Grady and Sahvir Wheeler. Kentucky also added five-star guard TyTy Washington.

Per @ryanlemond, Kentucky guard CJ Fredrick had surgery this morning to repair a broken leg. https://t.co/AVe2lXAAyq