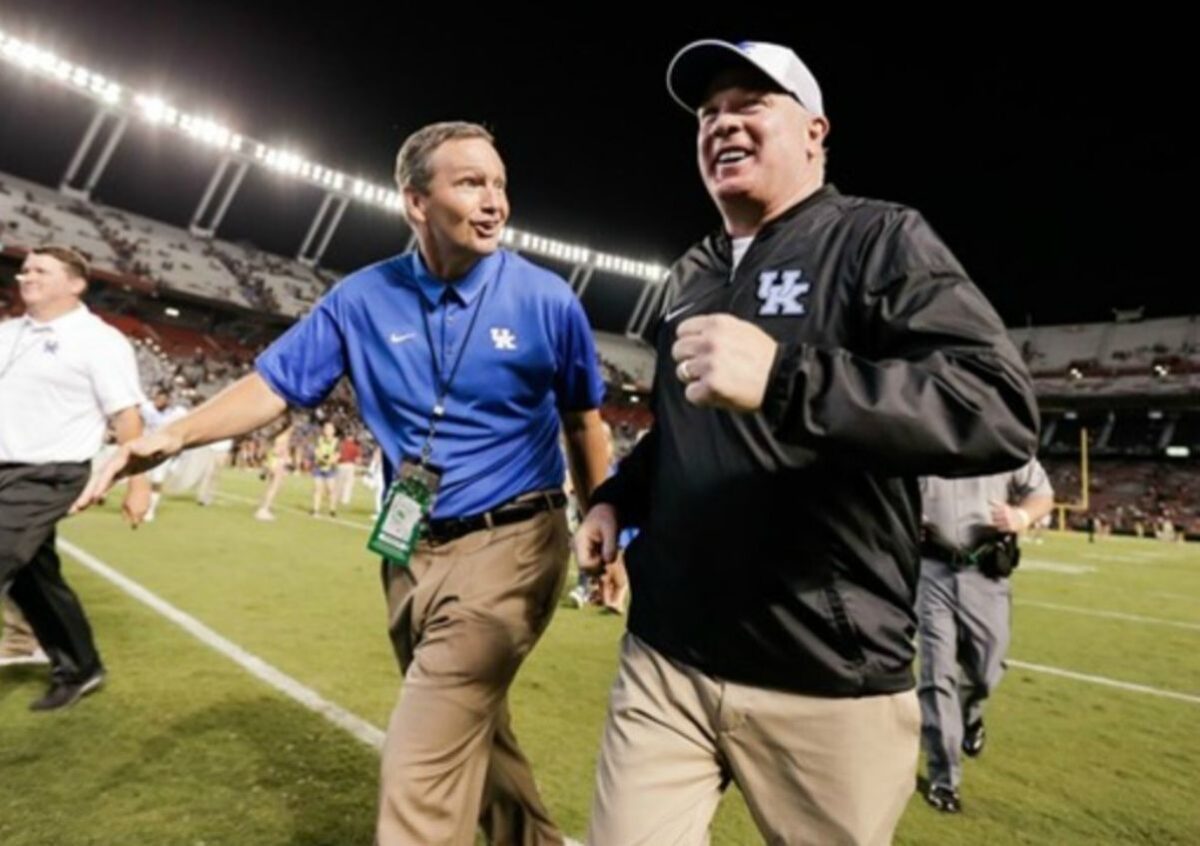 The SEC is considering a change to the 2020 football schedule that would include playing non-conference games.

During Monday’s meeting, SEC athletic directors discussed the possibility of a 10-game regular season that would include eight SEC games and two non-conference games.

The move would allow Kentucky to play rival Louisville and a second non-conference opponent.

The second week of the college football season features games between the ACC, Big 12, and SEC that include Tennessee/Oklahoma, Auburn/North Carolina, NC State/Mississippi State, and LSU/Texas.

According to Sports Illustrated, the plan is one of several models SEC athletic directors discussed during the meeting. They discussed the possibility of playing an eight-game SEC only schedule or nine or ten game schedule that would feature at least one non-conference matchup with a Power 5 opponent.

Included in the report by Sports Illustrated is the date for starting the regular season. Athletic directors discussed beginning the 2020 season in September and playing through mid-October.

SEC commissioner Greg Sankey targeted late July as a target point to decide on the 2020 season.

Keep your fingers crossed for college football this fall.

Look: Terry Wilson Cut his Hair for the First Time Since 8th Grade
Greg Sankey isn’t Rushing a Decision on the Fate of SEC Football