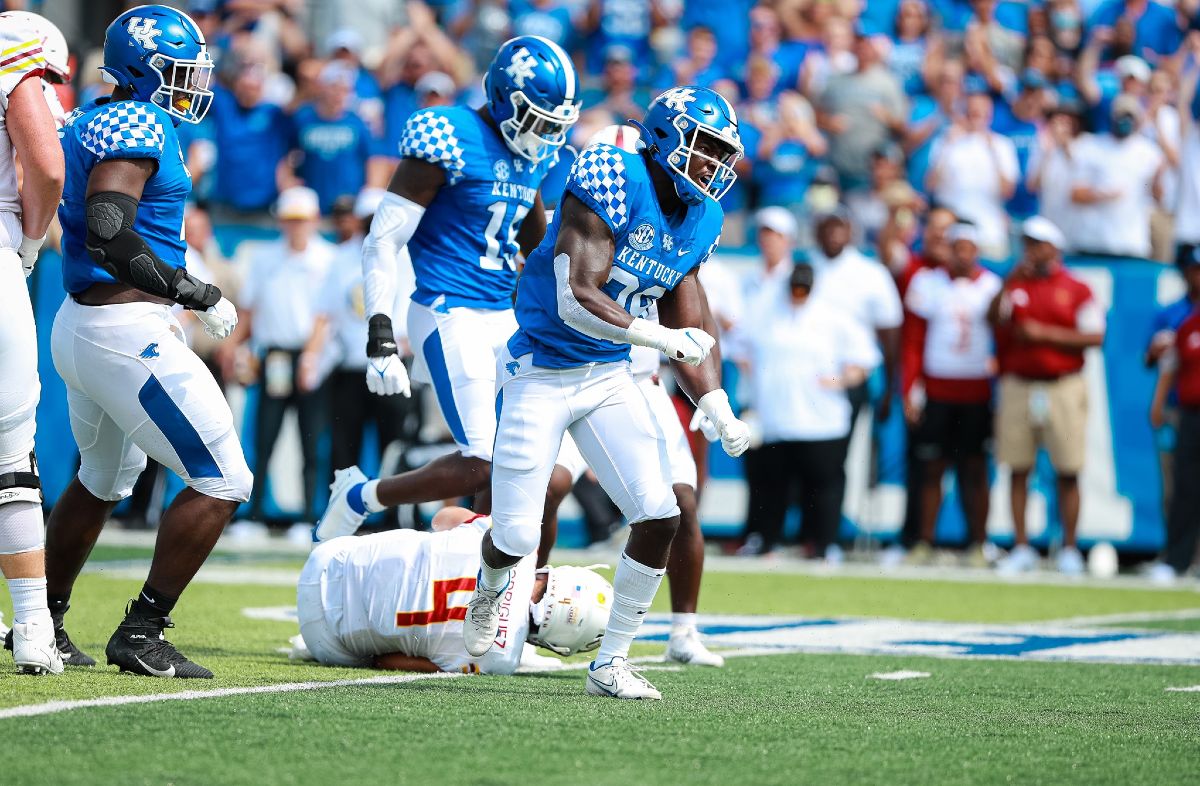 Beating ULM, one of the worst teams in college football, isn’t what grabbed the attention of fans and media. Kentucky’s offense and passing attack, something the Wildcats have been missing for Mark Stoops’ tenure, is what everyone is talking about.

Quarterback Will Levis looked the part in the season opener, completing 18-of-26 passes for 367 yards and four touchdowns.

Entering the season, the Wildcats were a trendy pick to finish second in the SEC East behind Georgia, the overwhelming favorite to win the division.

Michael Bratton, better known as “SEC Mike” on social media, predicted the Wildcats to finish second in his preseason order of finish. Following Kentucky’s offensive performance, he moved Kentucky to No. 4 in his overall SEC Power Rankings after Week 1.

Will Levis just delivered the best pass I’ve seen from a Kentucky QB since Terry Wilson’s bomb to Lynn Bowden in the Swamp.

Will Levis to Josh Ali for 58-yard touchdown!

Kentucky is going to be a problem for the SEC with this QBhttps://t.co/ViKJlMRa1A