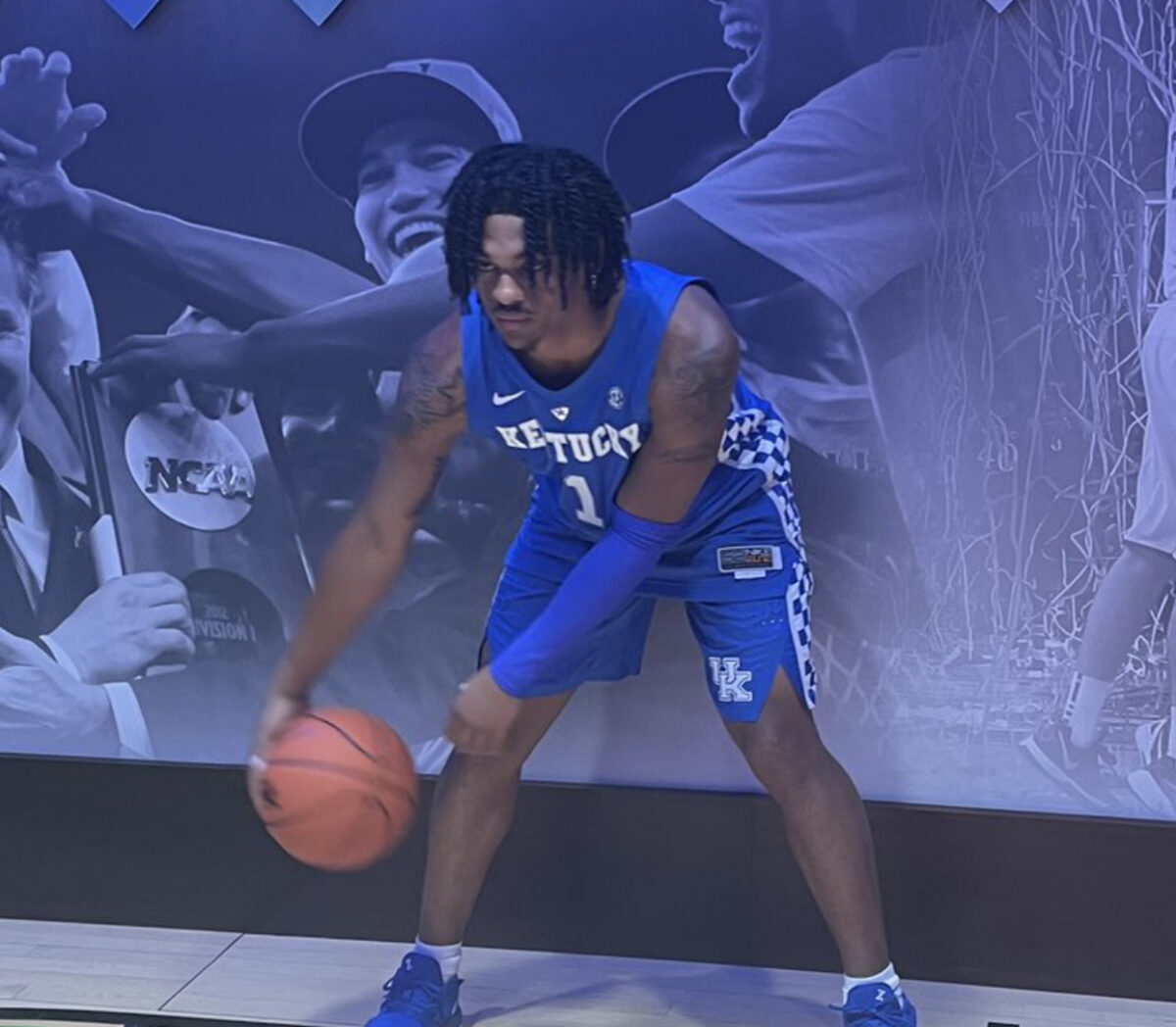 According to UK commit Skyy Clark, Kentucky fans should be watching for big news.

In an interview with Jason Jordan of Sports Illustrated, Clark says Kentucky fans should be on the lookout for multiple commitments soon.

“We should have two guys coming soon, I’m hoping,” Clark told Jordan. “I’m saying two are coming in the next couple of days or weeks, and hopefully we’ll get a third. That’s what I’m hoping. Just be on the lookout. You heard it here first.”