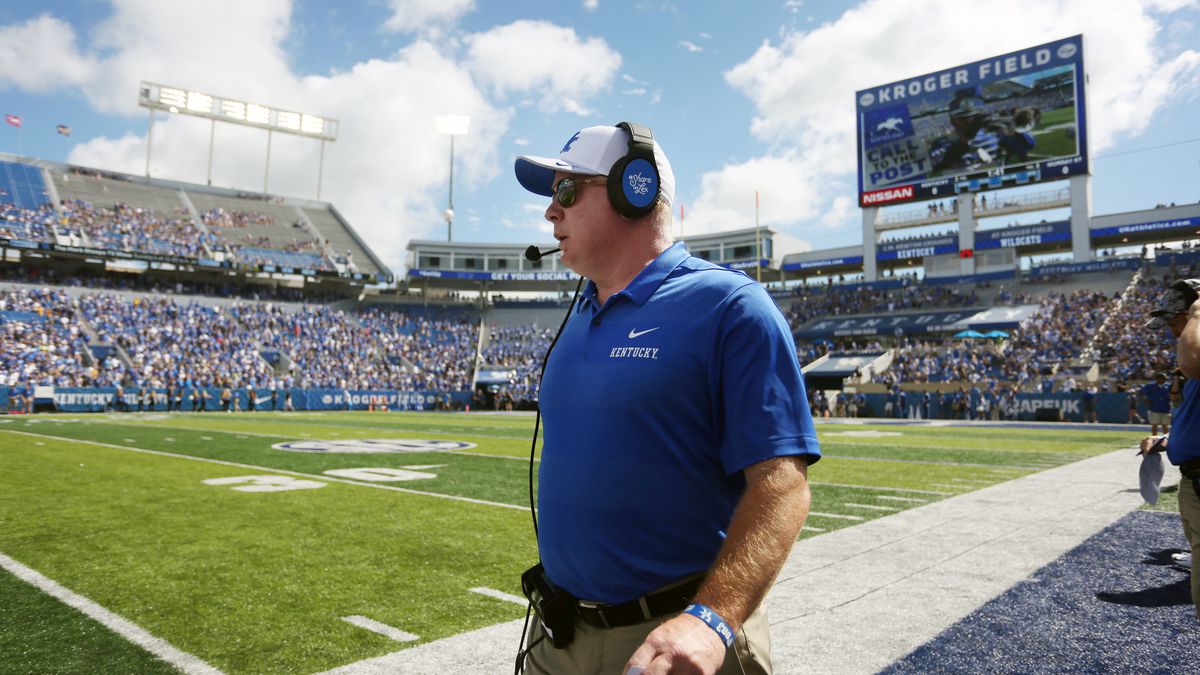 Mark Stoops said over the weekend that his comments to Marty and McGee during an interview at SEC Football Media Days were not directed at South Carolina’s Shane Beamer.

During the interview in July, Stoops spoke about the difference in changing the climate and culture of a program. The comments came after Beamer went viral for putting on sunglasses and dancing while recreating a Soulja Boy music video.

“I think ultimately it’s about the respect throughout the league when you’re dealing with coaches and players,” Stoops said during an interview with Marty and McGee at SEC Media Days in July. “Win or lose, you walk out you know you’re going to be in for a physical matchup. You know that we’re coming to play, we’re coming to compete and having that mindset. That’s not easy to change. I’ve talked years and years ago about climate vs. culture. It’s easy to change a climate. You just change a uniform, talk a little game, dance around, put on some stupid sunglasses, and you can change a climate. But to change a culture is at the core. I’m quite certain we’ve changed our culture.”

Stoops was asked about the comments during a session with local media Saturday afternoon, where the UK coach said he was talking about his own program, not South Carolina.

“Make no mistake about it, the climate in our facility is hot right now, but the culture is a hell of a lot hotter, and only getting started.”

“Make no mistake about it, the climate in our facility is hot right now, but the culture is a HELL of a lot hotter.”@CoachSBeamer #Gamecocks @GamecockCentral pic.twitter.com/F0VzkA8Wf6