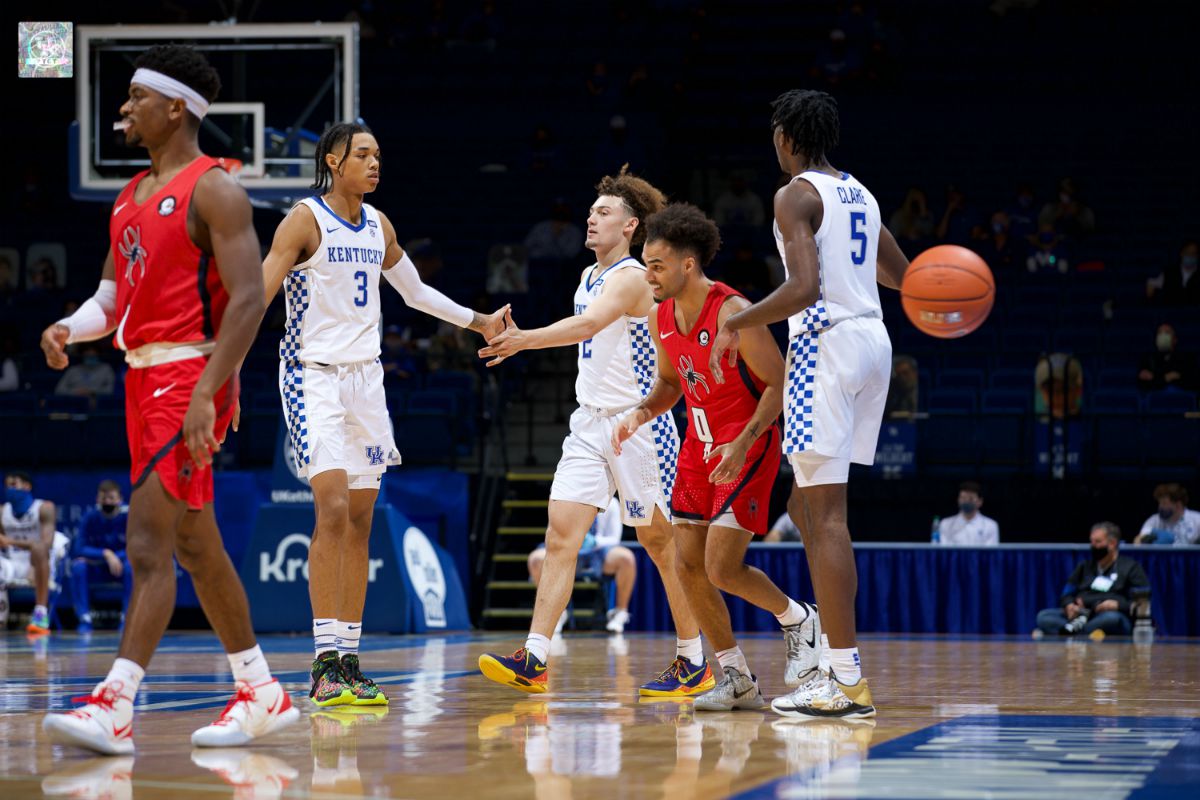 Kentucky turned in a disappointing performance in the final game of Bluegrass Showcase at Rupp Arena Sunday afternoon.

Richmond defeated Kentucky 76-64 to hand the Wildcats their first loss of the 2020-21 season.

Overall, Kentucky struggled mightily offensively and shot 36 percent from the field, including 0-of-10 from the three-point line.

Kentucky’s youth showed on the offensive end, especially in the second half, where the Wildcats didn’t record a single assist.

Freshman guard Terrence Clarke believes the loss will fuel the Wildcats to be better. Clarke had the following to say during the UK postgame show with Tom Leach.

“This is our second game. I’m not discouraged,” Clarke said. “I don’t think anyone on our team is discouraged. If anything, we’re more hungry.”

“It’s just one loss. The season just started. We’re a team of ten different guys, ten new guys. All really freshman, only two or three returning. We’re learning. That’s it. That’s all I said [to the team].