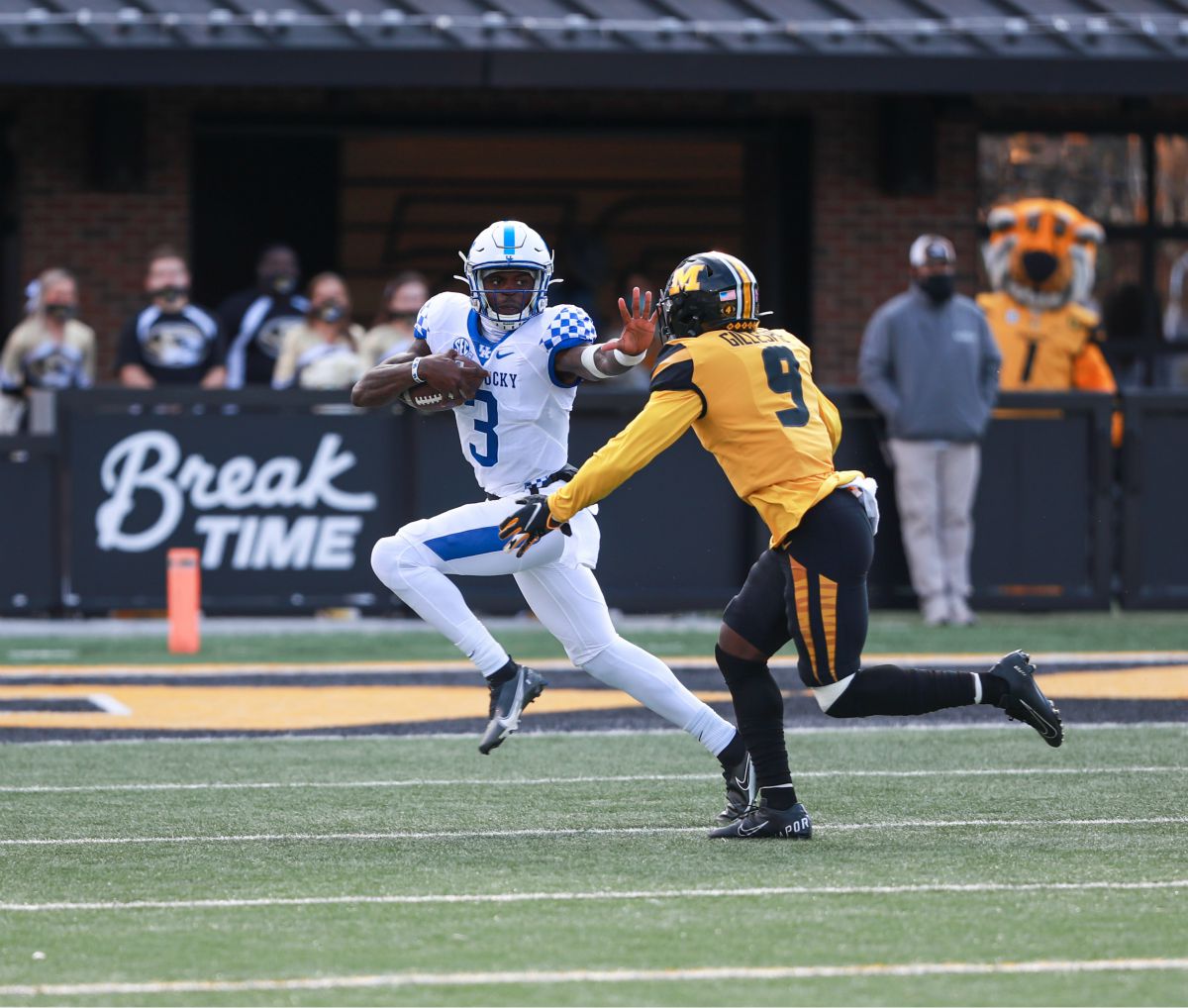 There are some changes to the depth chart for Kentucky’s matchup vs. Georgia this Saturday at Kroger Field.

Both Terry Wilson and Joey Gatewood played during Kentucky’s 20-10 loss at Missouri. The UK depth chart lists Wilson OR Gatewood as the starting quarterback.

Additionally, there’s an OR between AJ Rose and Chris Rodriguez for the starting running back position. That’s a move that’s been a long time coming, and I’d expect Rodriguez to be the lead back moving forward.

There’s also a change at wide receiver with freshman Mike Drennen listed as the staring Y.

Also an OR with the starting running back spot. AJ Rose OR Chris Rodriguez. https://t.co/TVG6jyAQfu