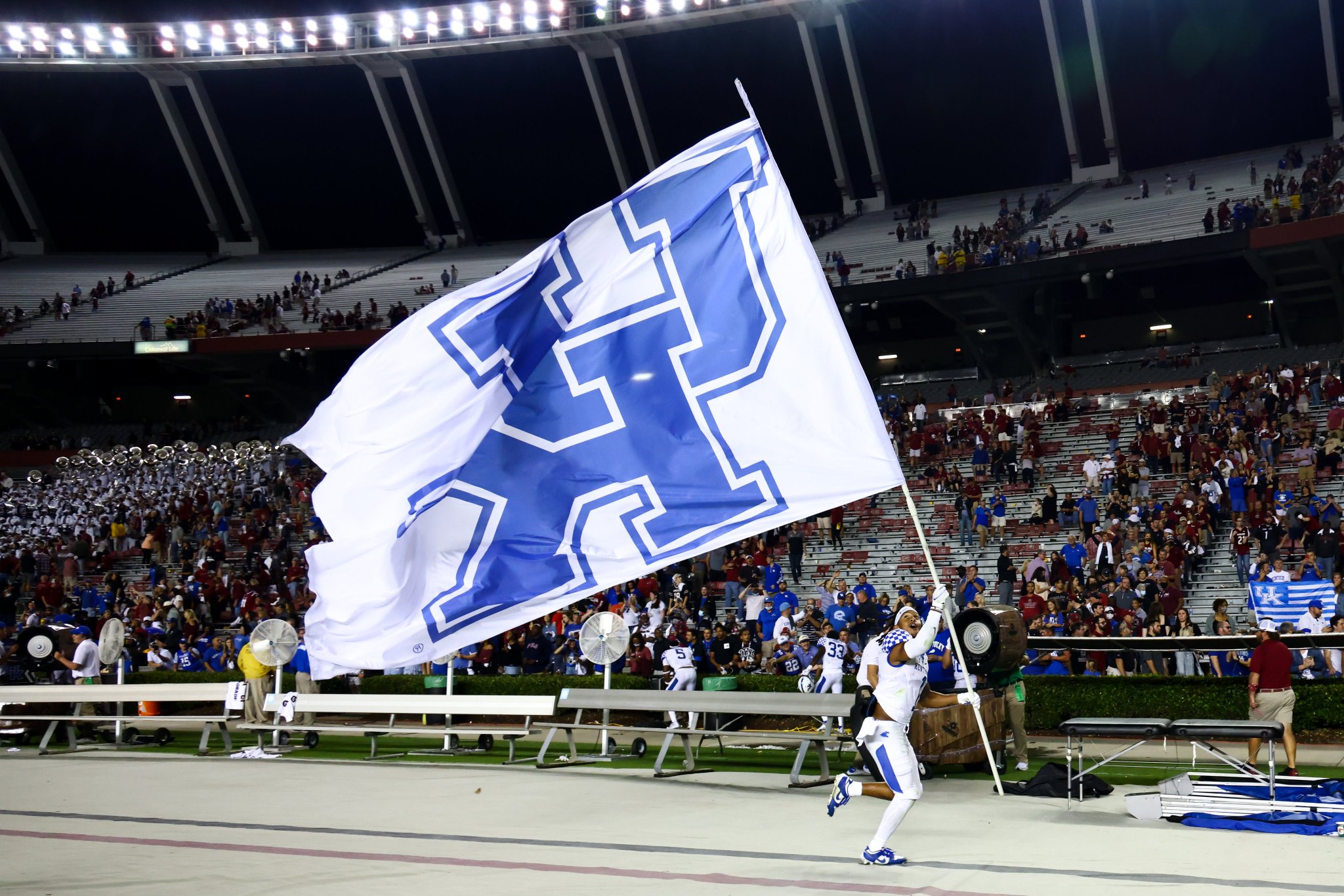 Kentucky is still undefeated after a 16-10 victory vs. South Carolina Saturday night at Williams-Brice Stadium.

There’s a lot to take away from Kentucky’s win and 4-0 start but here are three takeaways that stand out.

September Success Sets the Table for Opportunities in October

Kentucky completed the first month of the season undefeated, setting up opportunities to make noise in the SEC with three consecutive dates vs Florida, LSU, and Georgia.

The talk all off-season centered around Kentucky needing a hot start before the calendar turned to October.

Kentucky’s offense was the focal point of conversations at the water cooler during the off-season and after the first two weeks of the season. And rightfully so, given the energy added to the program with the addition of Liam Coen to the staff.

That said, Kentucky’s defense is littered with experienced talent the Wildcats can lean on when the offense struggles like they did Saturday night.

Time and time again, the offense handed the defense difficult situations. But Brad White’s unit answered the bell every time, stuffing the Gamecocks on three fourth-down attempts, each one shifting momentum while muting the crowd at Williams-Brice stadium.

Kentucky is unbeaten through four games but still hasn’t played a clean game of football. It’s difficult to differentiate if that’s encouraging or concerning. Maybe a little of both.

Kentucky has defied the odds with a -9 turnover margin through four games. Mark Stoops knows his team can’t beat the top teams in the league if that doesn’t change.

“We have to create more turnovers, we’re emphasizing that, but for us on offense, some of those fumbles, there’s no excuses,” Stoops said. “We cannot do it and win big games. We can’t keep on playing with that fire.”