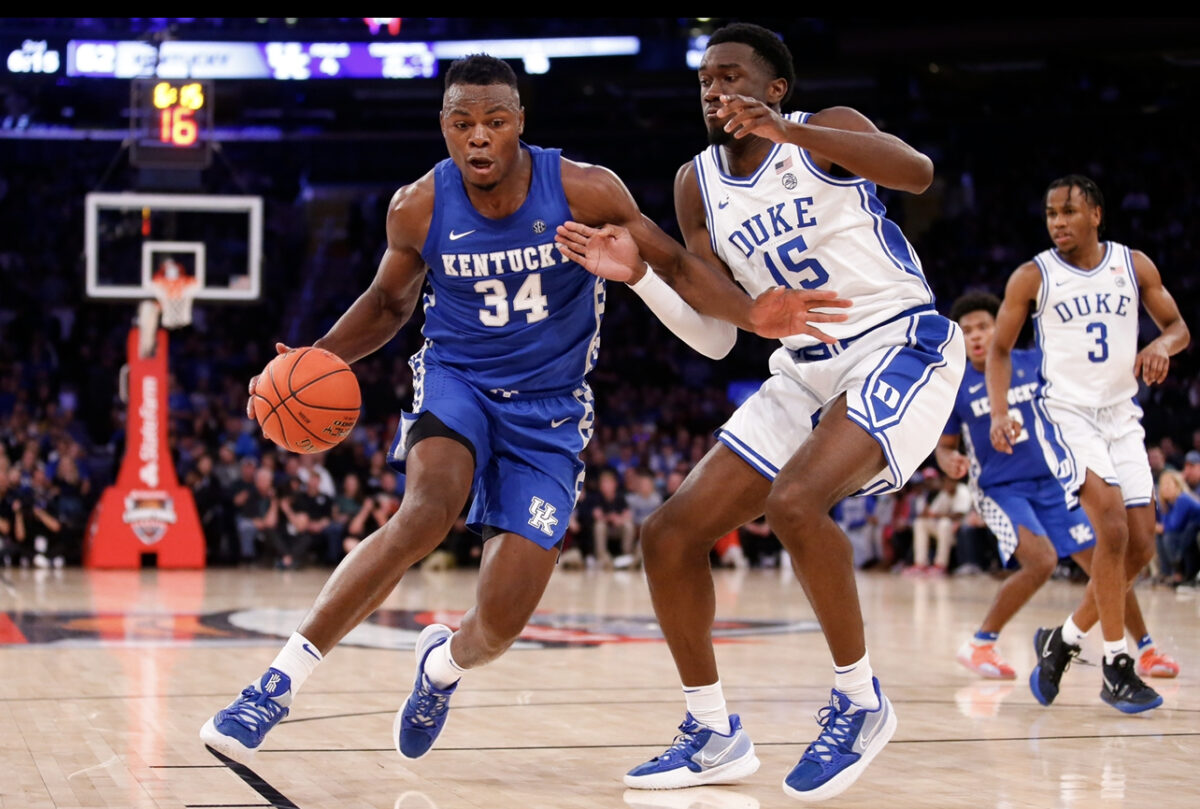 Oscar Tshiebwe’s return to Kentucky basketball for his senior season was the most important news of the offseason for John Calipari’s Kentucky Wildcats.

Tshiebwe is the first reigning national player of the year to return to college basketball since Tyler Hansbrough returned to North Carolina after winning the honor in 2008. The Tar Heels won the national championship that season. Big Blue Nation is hopeful for the same result.

As a junior, Tshiebwe averaged 17.4 points and 15.1 rebounds per game for the Wildcats, totaling 28 double-doubles, including 16-straight to close the season.

The Wildcats went 26-8 last season and secured a No. 2 seed in the NCAA Tournament along the way before losing in the first round to Saint Peter’s.

“That’s not how I wanted it to end,” Tshiebwe said about his decision to return to Kentucky back in April. “It’s the best motivation.”

Tshiebwe isn’t the only talented player returning to college basketball this season. In addition to Tshiebwe, Drew Timme (Gonzaga) and Armondo Bacot (North Carolina) are among the names that elected to play another season, so there will be competition for player of the year.

That said, Andy Katz of NCAA March Madness listed his top returning players for the 2022-23 season and Tshiebwe is No. 1 on the list, ahead of Timme and Bacot.

Jumping into the Top 10 of @TheAndyKatz's Top Returning Players 👀 #KatzRankz

UK Basketball will be touring the state to visit with BBN
Which Kentucky newcomer will have the biggest role this season?