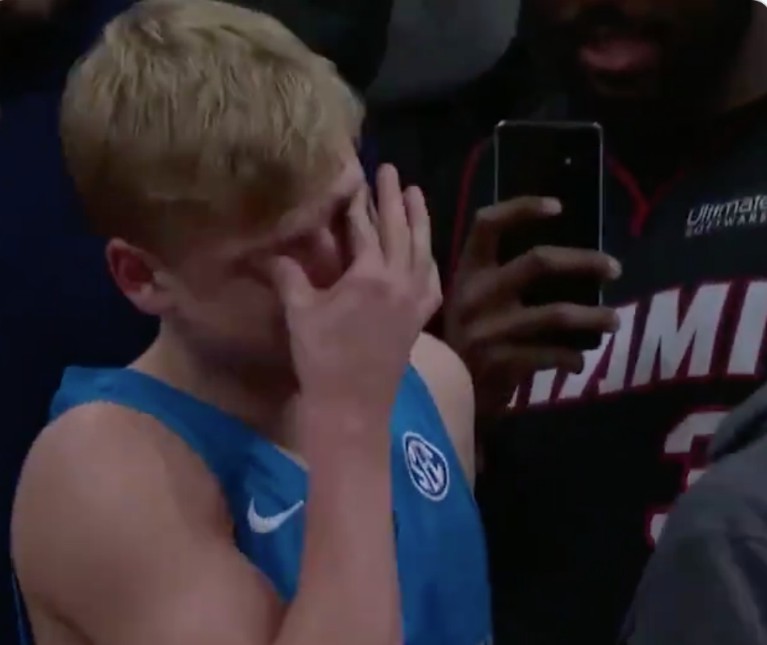 Tyler Herro is off to a hot start in his NBA career, averaging 16.4 points per game through the first five games.

Fresh off a career high 29 points in a home win vs. Atlanta on Tuesday, Herro followed it with a 17-point performance on the road vs. the Hawks Thursday night.

Following the game, a fan wearing a Kentucky Tyler Herro jersey was seated near the Miami Heat tunnel entrance. Herro noticed him as he walked off the floor.

The fan was moved to tears after Herro handed him his wristband from the game. Pretty cool moment.