TyTy Washington is your SEC Freshman of the Week 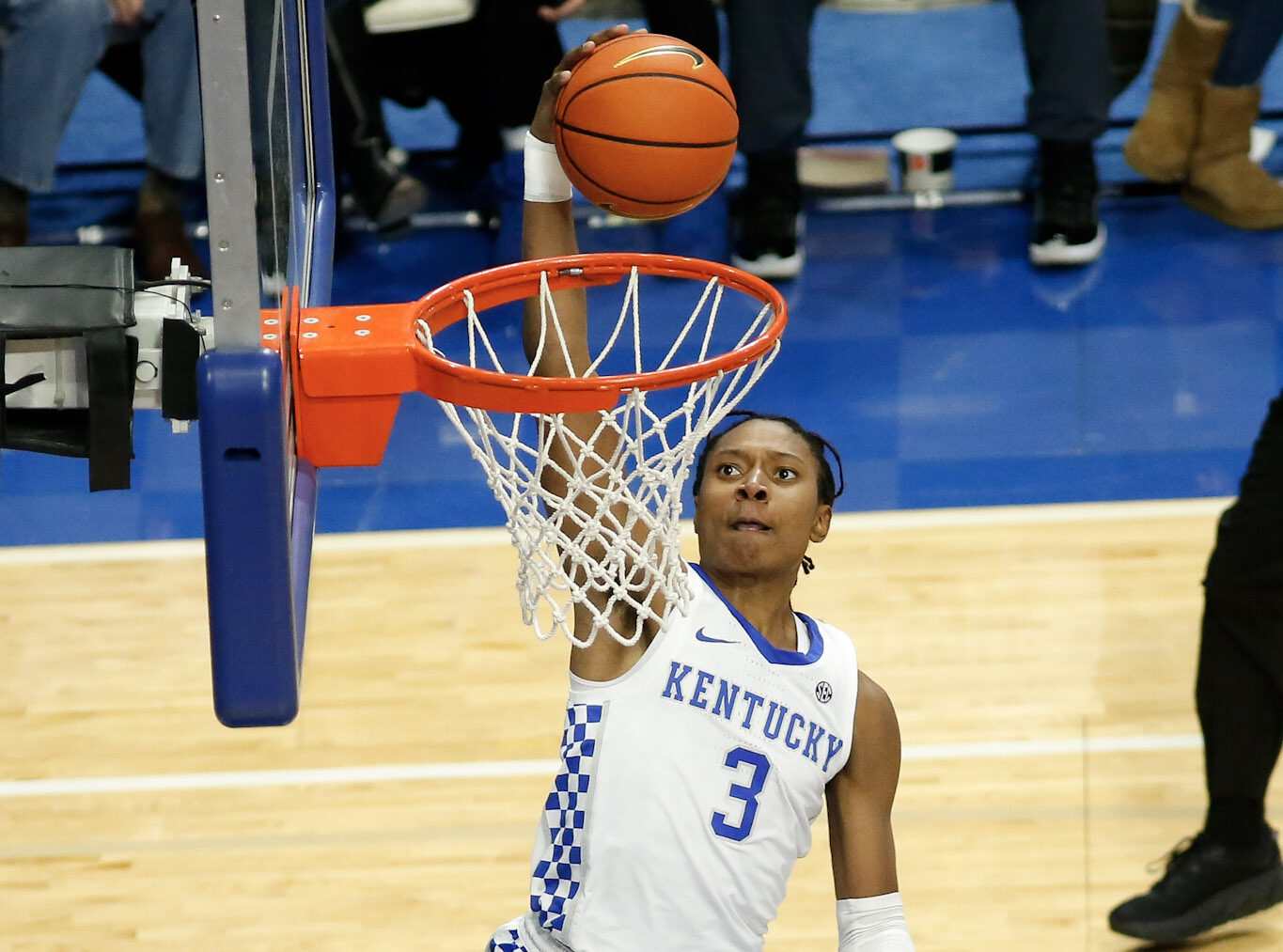 BIRMINGHAM, Ala. – Kentucky freshman guard TyTy Washington Jr. was named the Southeastern Conference’s Co-Freshman of the Week on Monday after leading the Wildcats to a pair of dominating victories. It is the fourth straight week Washington has captured at least a share of the honor and the fifth time overall this season.

Washington is the first player in the SEC to win or share the honor in four straight weeks since former UK player Devin Booker won the freshman weekly award four straight times in the 2014-15 season. Coincidentally, that is also the last time a player in the league won SEC Freshman of the Week five times in one season, which Washington has now also achieved. He captured his first honor Nov. 22 before his current run of four straight.

UK’s dynamic freshman had another sensational week in wins at Vanderbilt and against No. 22/23 Tennessee at home. He led the Wildcats with 21.5 points per game and added 4.5 assists per outing. Washington connected on 66.7% of his field goals, made 50% from 3-point range and shot 80% from the free-throw line.

Washington began the week assuming point guard duties for a second straight start. He had 15 points, four assists, four rebounds, one steal and one block in 37 minutes in the 78-66 win against the Commodores.

Against the Volunteers, Washington poured in a career-high 28 points and added five assists and three steals in the 107-79 win. Washington led the offensive charge as he helped UK score the most points by any team against Tennessee since 2006-07 and it was the most points UK has scored against an Associated Press Top 25 team since scoring 107 against Vanderbilt on Jan. 4, 1994.

The Phoenix native has made his first shot attempt in each of the last 11 games and scored in double-figures in 13 outings, including six of the last seven. He’s topped the 20-point plateau four times in 2021-22.

Washington is the only freshman in the country averaging at least 13.0 points, at least 4.0 assists and at least 4.0 rebounds per game, while shooting at least 45% from the field and 40% or better from 3.

The Wildcats have now earned seven SEC weekly awards this season and have won at least one honor in five consecutive weeks. Sahvir Wheeler and Oscar Tshiebwe have each won SEC Player of the Week once to go along with Washington’s five SEC Freshman of the Week honors.

Kentucky has dominated the weekly SEC awards with John Calipari at the helm. UK has won more weekly SEC honors (117) than any other school during the Calipari era, including 90 SEC Freshman of the Week awards and 27 SEC Player of the Week honors.

The Wildcats return to the road for a Wednesday tilt at Texas A&M. The Wildcats will tip off vs. the Aggies at 8:30 p.m. ET on SEC Network.