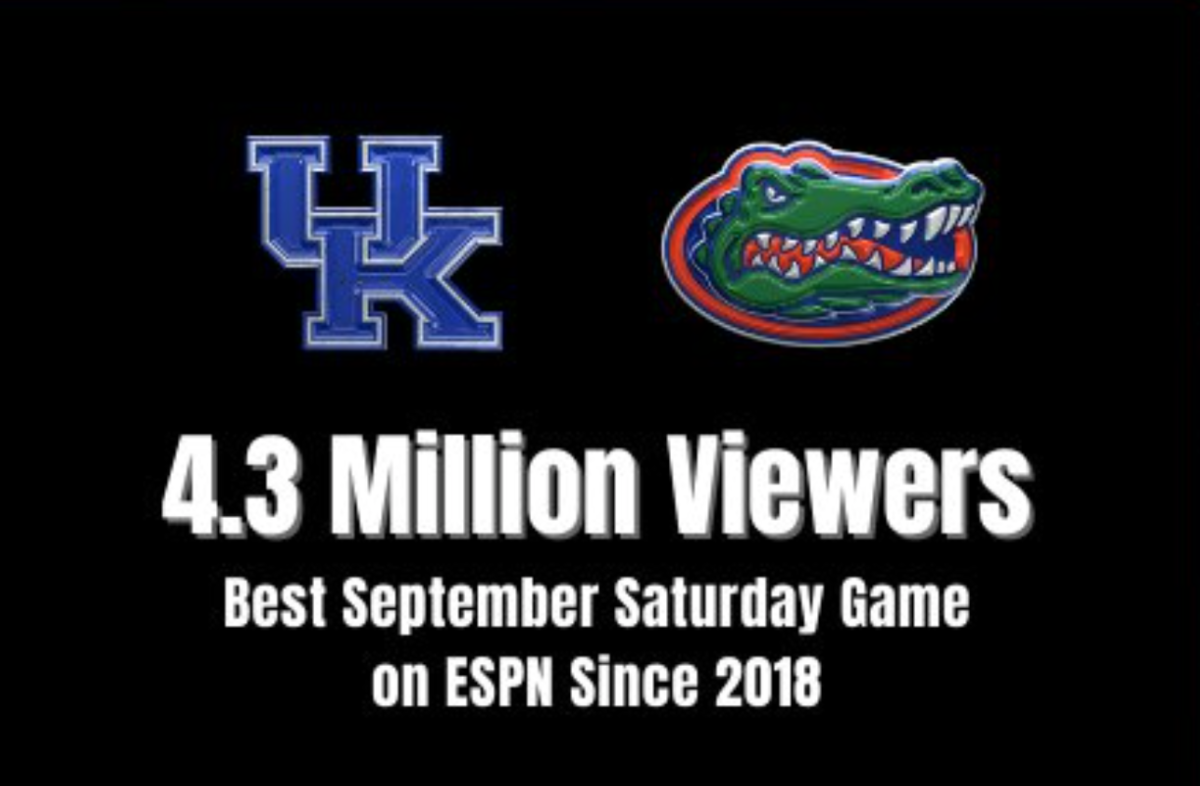 Kentucky-Florida was one of the most watched college football games last week. The Wildcats emerged victorious in the Top 20 showdown in the Swamp

ESPN released their numbers for games played on their network in Week 2 and 4.3 million viewers tuned in to watch Kentucky beat Florida.

The 4.3 million viewers made the matchup between the Cats and Gators the most watched Saturday, September game on ESPN since 2018.