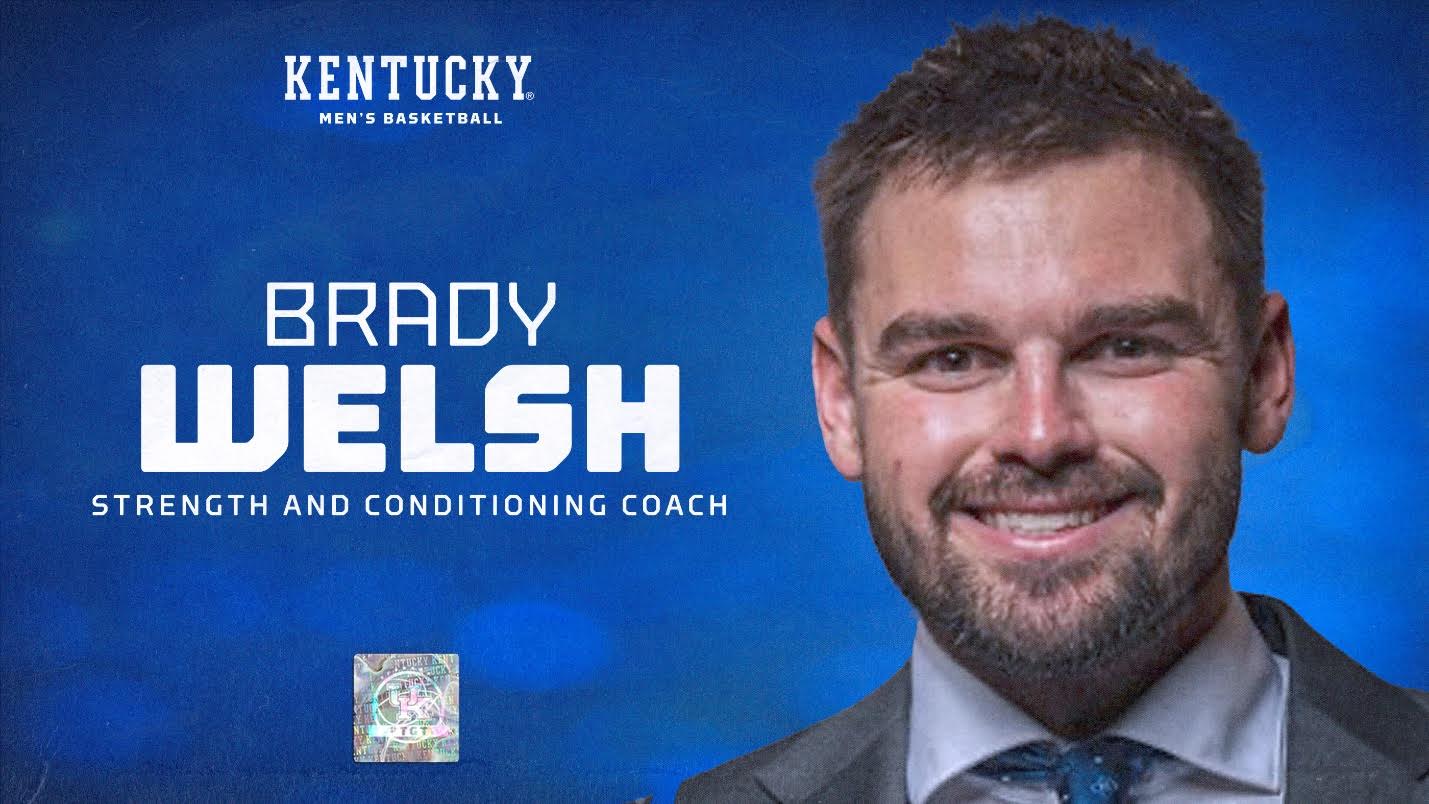 Welsh joins the Wildcats after serving in the same role with the Purdue men’s basketball team in 2021-22. He directed and implemented all aspects of the program related to performance and served as the contact for creating a new performance center for basketball, including a nutrition center and sports science efforts.

“First and foremost, I want to sincerely thank Coach Painter and Purdue Athletics,” Welsh said. “I am forever grateful for the incredible opportunity to be a part of the Boilermaker family.

“I cannot overstate my excitement to join the Kentucky Wildcats basketball program and immerse myself in the Lexington community,” Welsh said. “Being a part of one of the sport’s premier programs under the leadership of a Hall of Famer in Coach Calipari was a once-in-a-lifetime opportunity. Big Blue Nation, let’s get to work!”

Prior to his time in West Lafayette, Indiana, Welsh was the Director of Basketball Sports Performance at Temple University. Before spending two seasons with the Owls, Welsh worked for two years at the IMG Academy where he was responsible for the programming, delivering, and scheduling for the basketball programs.

“We’re excited to have Brady Welsh join our family,” UK head coach John Calipari said. “Brady brings a wealth of experience in an area that is critical to the development of our players both for their long-term benefit and for the immediate success during the season. He specializes in creating plans for everyone based on their needs and has worked with some of the best players in the game.  I know he will be a valuable asset to our players both on and off the court.”

Welsh began his career as an assistant strength and conditioning coach at the University of Illinois. He was tasked with the supervision of team workouts and guided and implemented nutrition for athlete performance.

He earned his bachelor’s degree in exercise science from Eastern Illinois in 2015, where he also competed in golf during his time with the Panthers. Welsh has been an NSCA Certified Strength and Conditioning Specialist since 2015.