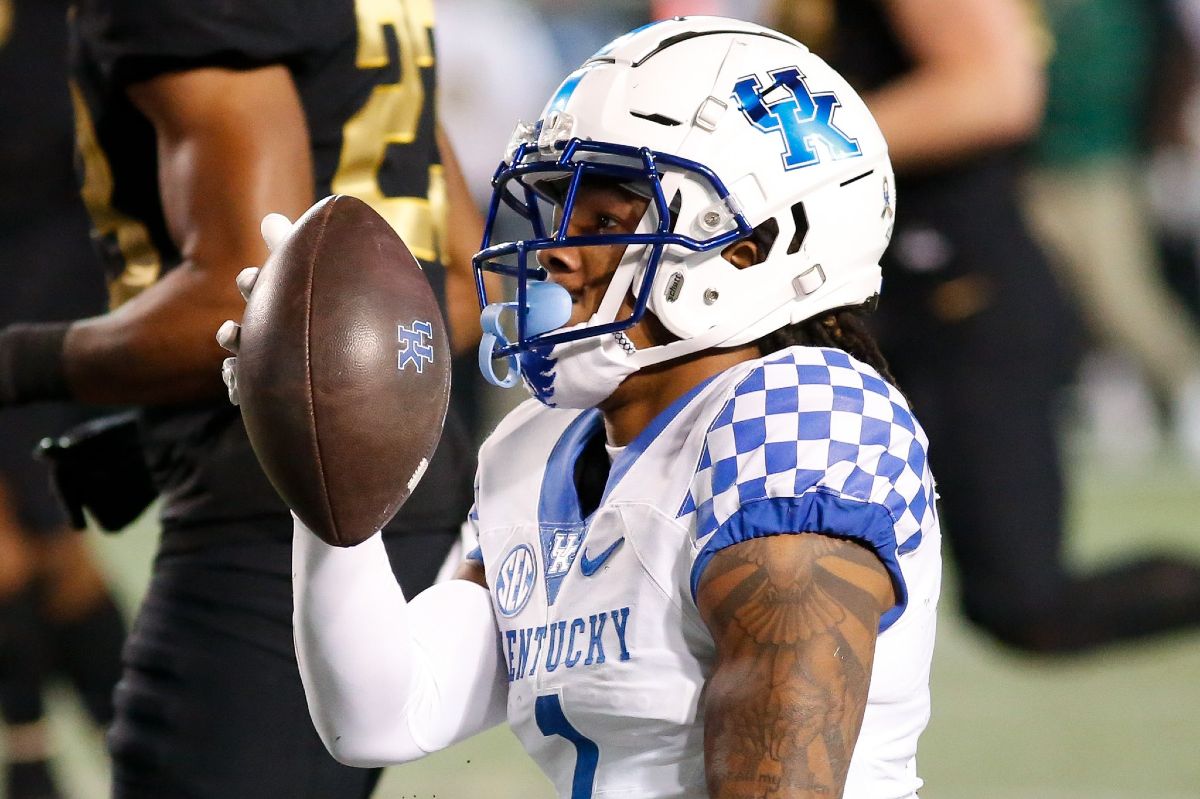 Robinson hauled in 8 catches for a career-high 181 yards while leading the Wildcats to their 8th win of the 2021 season.

The UK junior has 85 catches this season which is tied with Craig Yeast (1998) for the second-most in a single season at Kentucky. James Whalen holds the record with 90 catches during the 1999 season.

“Well, as I mentioned, I think the biggest thing that you notice with Wan’Dale is that if he has an opportunity to do that (get the record), that would be great, but that’s not his focus or ours,” Stoops said. “He’s a very unselfish player. He plays better than you think away from the ball when he’s not getting the ball. He plays hard. He’s selfless and he’s a good teammate and practices hard and plays hard. So, I think that’s the biggest takeaway. He’s created explosive plays.”

Robinson also eclipsed 1,000 receiving yards for the season, becoming the sixth player in program history to reach that mark in a season. He has 1,067 yards and needs 245 to break Craig Yeast’s single-season record for receiving yards (1,311).

Robinson will enter the regular-season finale vs. Louisville needing six catches to hold the UK record for most receptions in a single season.