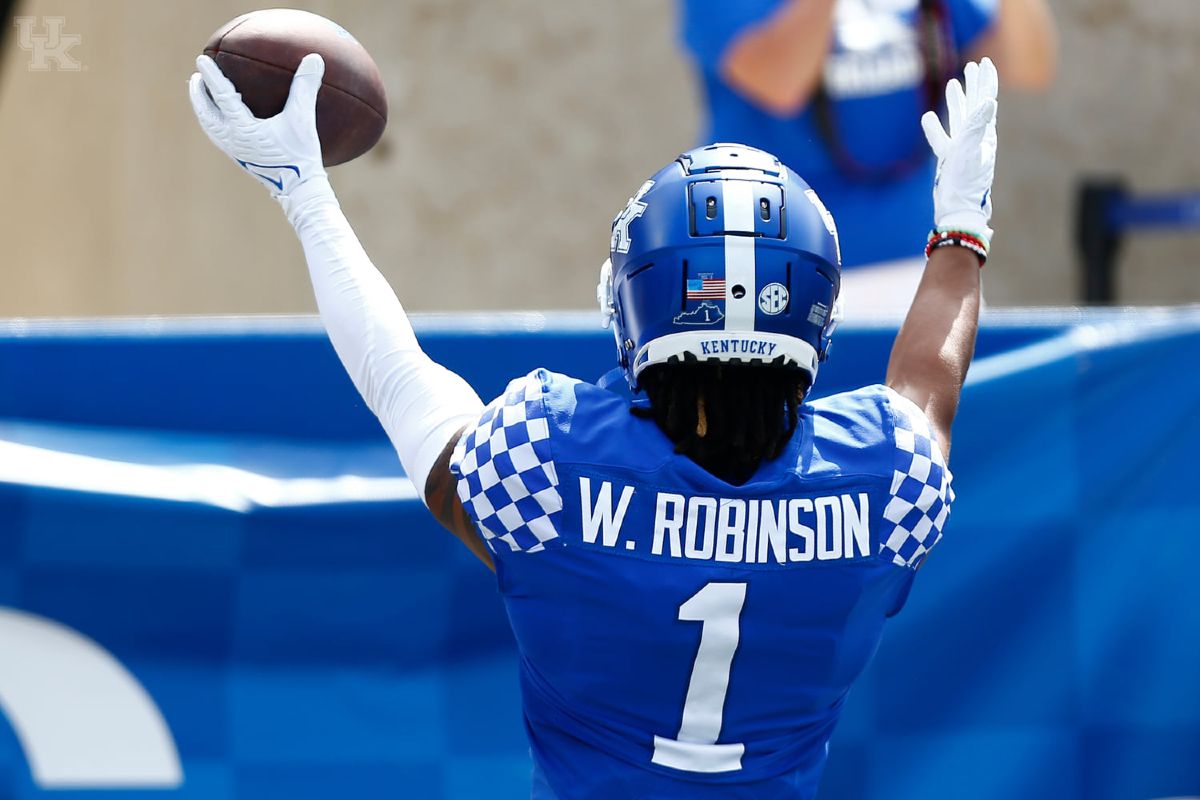 Wan’Dale Robinson is a special talent and his career as a Kentucky Wildcat is off to a hot start.

The UK junior wide receiver eclipsed 100+ yards in both games this season, the first Kentucky player to do so in consecutive games since Jeff Badet in 2016.

Robinson’s decision to return home to Kentucky after two seasons at Nebraska is a game-changer for the UK program.

Through two games, Robinson has 10 catches for 226 yards, including two touchdowns. He also has 74 rushing yards on three attempts.

Robinson’s start to the 2021 campaign is special, considering it’s the best two-game stretch to start a season for a wide receiver since Craig Yeast in 1998.

Robinson is the first UK player since Yeast to open a season with consecutive 100+ yard receiving efforts.

“He’s very knowledgeable,” Mark Stoops said about Robinson. “He’s hard to get hands on. He has that ability to make himself skinny and not give his chest up and get off some press. And that, we need.”

Even with the fast start, Robinson was disappointed that Kentucky left points on the field in the win vs. Missouri (5 touchdowns in 7 red zone attempts).

“We felt like we could’ve pushed the lead a little further,” said Robinson. “I don’t think we’re playing near the top of our game. Once we really start clicking, people are going to be aware.”