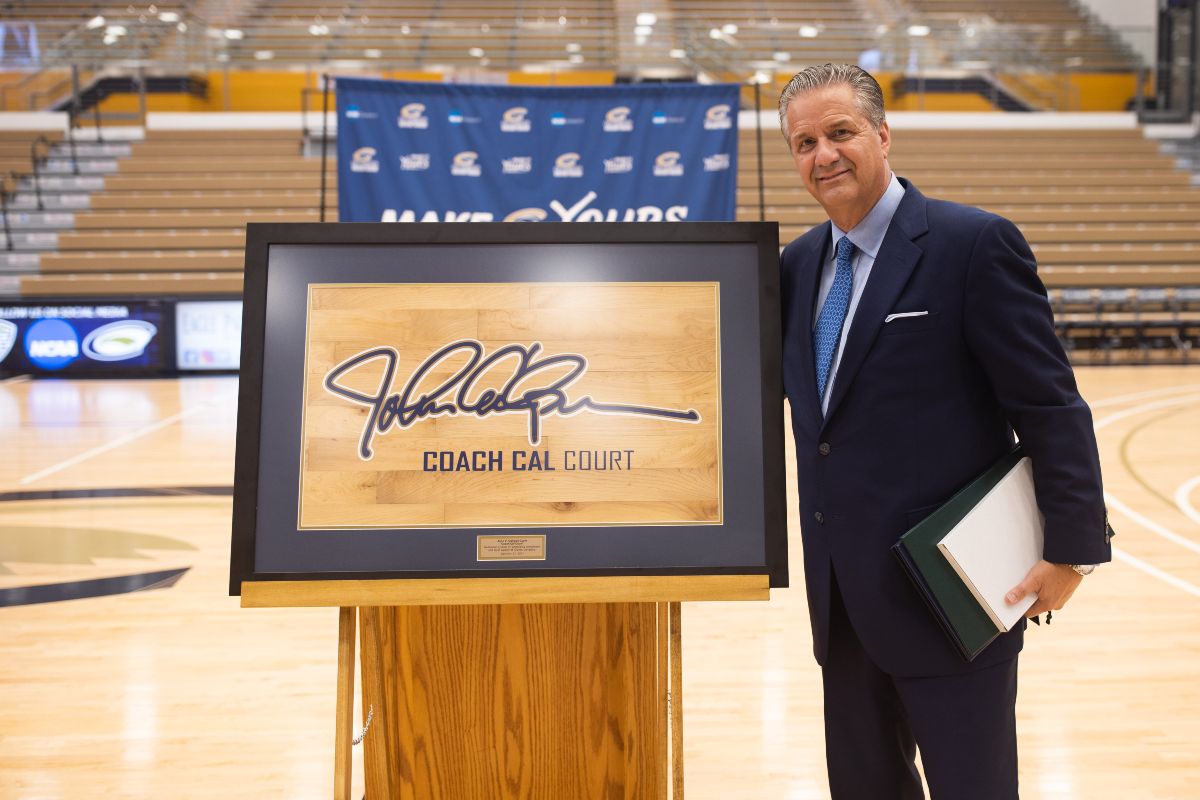 John Calipari has been busy the last few weeks with ceremonies at UMass and Clarion University.

Earlier this month, UMass honored their former coach with a statue outside the arena on campus. Clarion also followed with a special honor for Calipari.

Clarion University named the floor “Coach Cal Court” after the UK coach, who played there during his collegiate career.

Check out pictures and video from the ceremony below.

First a statue in his honor at UMass and now a court named after him at Clarion.

Watch: Practice highlights to get you ready for Kentucky basketball
Game Time and TV Network Set for UK Games vs. Louisville and Kansas