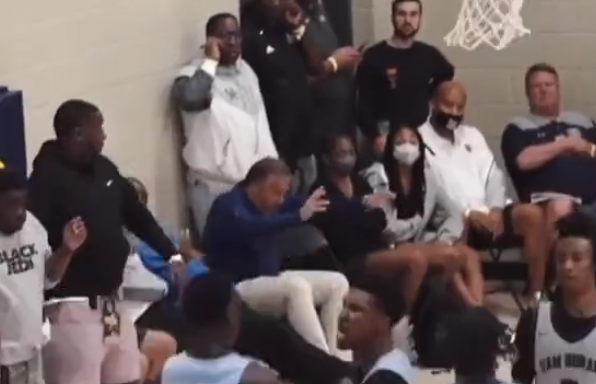 The future Kentucky Wildcat put on a show at Peach Jam last week, where John Calipari was courtside to watch the action.

The highlight of the week by Edwards was a thunderous left-handed dunk that earned a reaction from the UK coach on the baseline.

In the video below, notice Calipari (blue jacket) sitting on the baseline when Edwards dunks the ball.