Watch: The locker room was fired up for Keion Brooks after the game 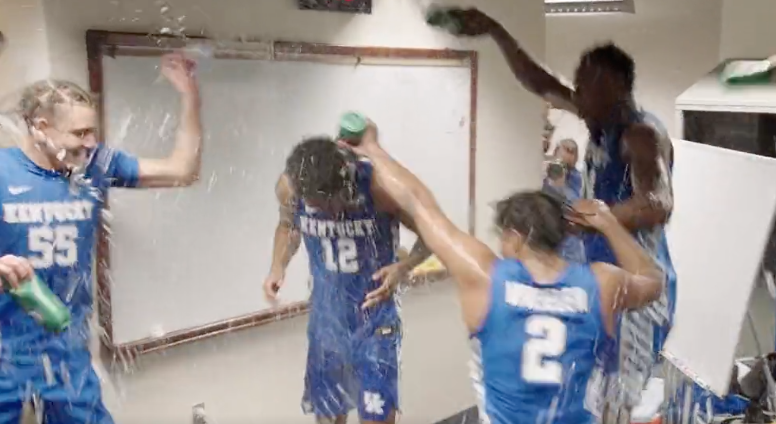 Keion Brooks Jr. had a career night for the Kentucky Wildcats in an 80-62 victory vs. No. 5 Kansas at Allen Fieldhouse.

The UK junior forward scored a career-high 27 points to go along with eight rebounds. Brooks connected on 9-of-16 shots, including 9-of-10 from the free-throw line.

The Wildcats were fired up in the locker room after the win, especially for Brooks.

“We tend to do that after people have good games and play very well,” Brooks said of the water being poured on him in the locker room. “Tonight it was my turn. For the next guy to have a good game, I’m going to be excited to throw a bottle of water on them.”

Kentucky Makes History in Blowout Win vs. Kansas
Watch: Highlights of Kentucky’s win with Tom Leach on the call