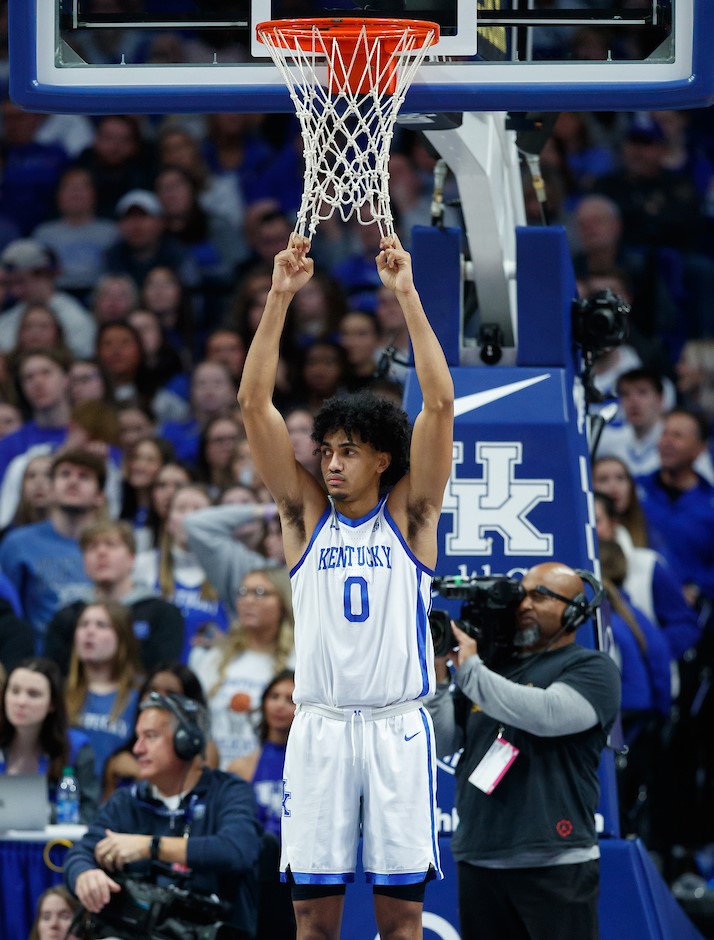 Kentucky has played well the past three games, and the fan base is getting back on board with the better play. That being said, that South Carolina loss is weighing heavy on the Cats tournament resume and will likely be a stain for the rest of the season. This far into the season and with a lackluster resume, the Cats cannot afford anymore bad losses.

As it stands right now, current projections according to TeamRankings have the Cats at a 69 percent chance of making the tournament, with a projected win/loss record of 20-11. Fortunately, Kentucky will face a hobbled Vandy team tonight and a reeling Kansas team on Saturday night, but that does not mean they should not bring their best game to the court. Bill Self does not lose many games in a row, and with an extra day to plan he will have his Jayhawks prepared for Rupp Arena.

If the Cats were to lose a bad game, those chances would dwindle and chances at the tournament would require great wins against Quad 1 opponents down the stretch or a deep run into the SEC Tournament. As of today, Kentucky against all four quadrants is 1-5 against Quad 1, 2-0 against Quad 2, 4-0 against Quad 3, and 6-1 against Quad 4.

Luckily, the next seven games are all winnable games until you face a rematch against Tennessee at home. That Tennessee team will be looking for revenge for their earlier loss at home, but a 20-6 Kentucky team on a ten game winning streak would be in a much better position than they were just a few weeks ago.

Tonight the Wildcats will visit Nashville to face a Vandy squad without their leader Liam Robbins. While this team is not deep without Robbins, they do have recent wins against Arkansas and South Carolina, and they played decently against Tennessee and Alabama. The Cats don’t need to allow a very winnable game to slip away from them.

Kentucky plays tonight at 9 PM on the SEC Network.