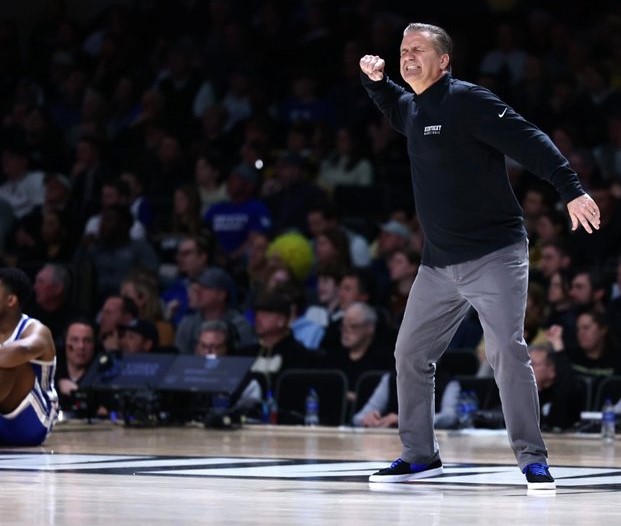 Kentucky has not had a true feel good game in a while. One where you can say that fans did not have to bite their nails late in the second half. This was the game the fans needed to prepare themselves for Saturday’s blockbuster against Kansas.

The Cats played well, with the first portion of the game being a back and forth affair like fans have been accustomed to all season. Instead, they worked their way to 36-27 lead, a lead they never relinquished. At the start of the second half, both teams were keeping the lead around the same deficit of nine, till the Wildcats laid on a barrage of shots, opening up an 18 point lead. After that point, Vanderbilt never had the firepower to claw back into the game, finishing with a final score of 69-53, moving Kentucky to a season record of 14-6.

Overall, this was one of the best team efforts all season. Five players scored in double figures, led again by Antonio Reeves with 16 points. Jacob Toppin and Oscar Tshiebwe both finished with a double-double, both shooting over 70 percent from the floor. Guard CJ Fredrick had five assists and 10 points, shooting 50 percent from the field.

The best story of the night goes to guard Sahvir Wheeler, who embraced his sixth man role, totaling four points and five assists in only 23 minutes of play. Calipari had nothing but praise for the guard, adding that he had a sit down heart to heart with the veteran. In this conversation, Calipari wanted to run Cason at the starting position, noting that he noticed the pressure and scrutiny Wheeler was going through, but stated “I wanted to cry,”, and “I know what he has been through. You don’t.”. Wheeler played well in his diminished role, offering Calipari a change of pace and using Sahvir’s speed against worn down defenders.

Otherwise, Calipari had this team prepared and ready to. Running plays and executing throughout the whole game. That being said, they did finish the game sloppy with a few bad shots and ten total turnovers, but that was likely just to finish the game and looking ahead to Kansas. With this current resurgence of good play, it appears that Calipari has gotten the fanbase back on board.

With the win against Vanderbilt, Kentucky moves up to 33rd in the NET rankings, right behind Duke and North Carolina at 32nd and 31st respectively. The Cats next opponent, Kansas, is currently ranked tenth.

Kentucky faces off against fellow blue-blood Kansas at 8 PM on Saturday at Rupp Arena. With a reeling but still highly ranked Kansas in town, it feels like this game will be a fun one. If Kentucky can win this one, it can improve the resume and the next three games after Kansas are very winnable.