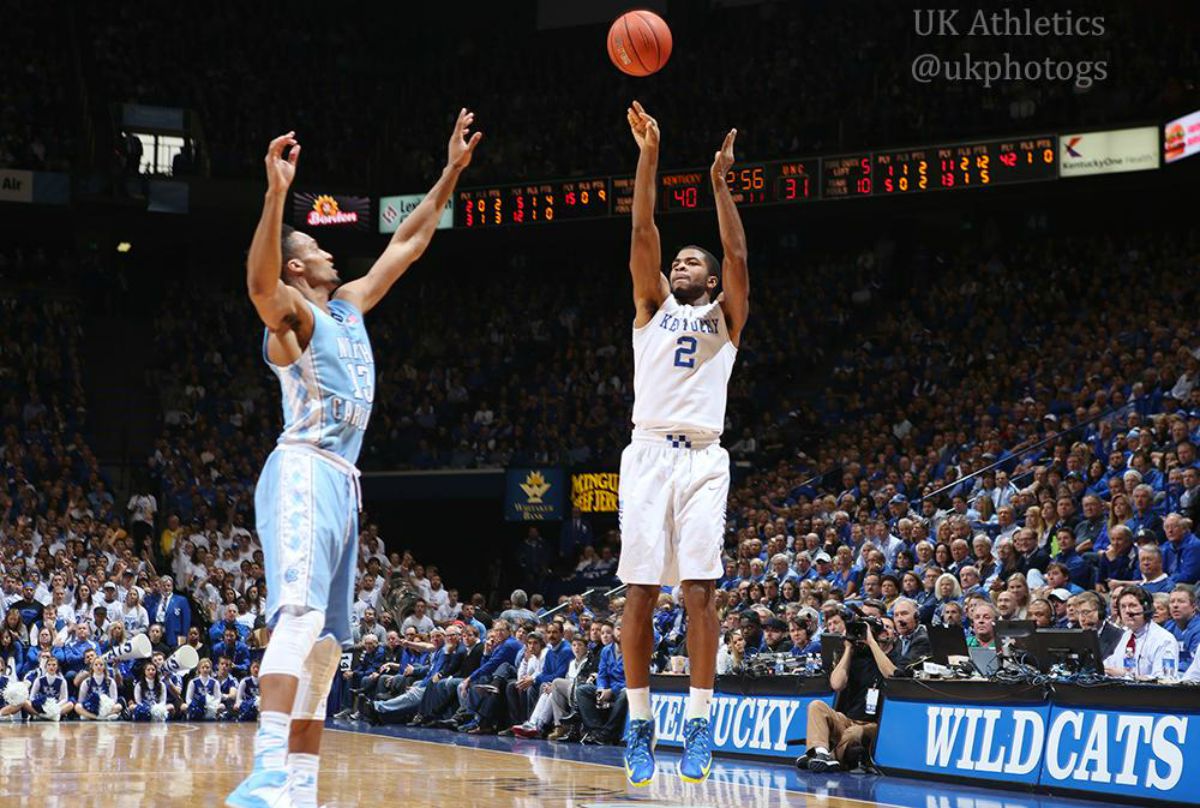 The Kentucky Wildcats have delivered clutch moments in the NCAA Tournament during the John Calipari era.

Andy Katz named his Top Clutch Players since 2011 during the most recent episode of the March Madness 365 Podcast. Two former Wildcats made the list of ten players.

Doron Lamb, who played at Kentucky from 2010-2012, checks in at No. 10 on the list. Lamb led Kentucky in scoring during the 2012 NCAA Championship win vs. Kansas and was also a key piece in the Wildcats 2011 NCAA Final Four run.

Joining Lamb on the list of clutch players is former Wildcat Aaron Harrison, who is ranked No. 6 on the list.

Harrison played two seasons in Lexington and is arguably one of the most clutch players in program history, due to his three consecutive game-winning shots in the 2014 NCAA Tournament. Harrison drilled game-winning three-pointers vs. Louisville, Michigan, and Wisconsin to lead Kentucky to the 2014 NCAA title game, where the thrilling tourney run came to a heartbreaking end vs. UConn.

From our @marchmadness 365 podcast this past week. My top 10 most clutch players since 2011 tournament (@UConnMBB): https://t.co/SgsTn0Gndf