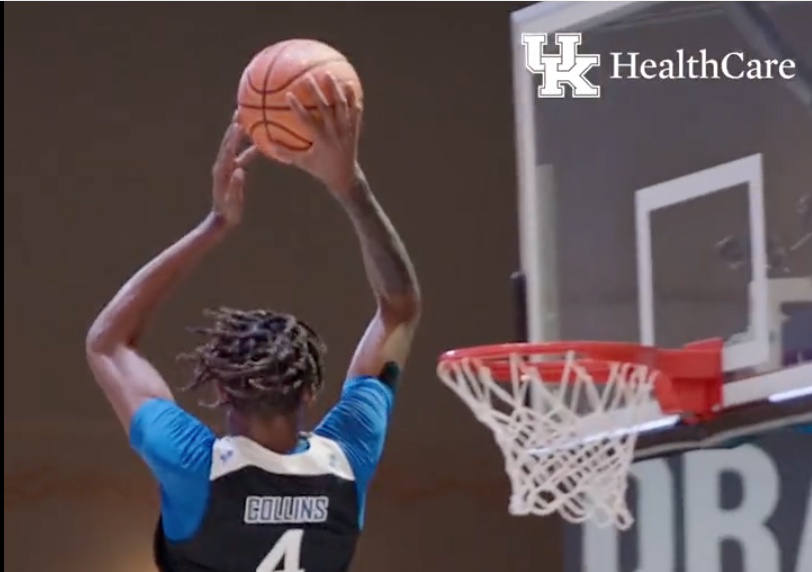 Collins put on a dunking clinic in Kentucky’s four wins, but his most impressive slam might have been his final one of the trip.

“He’s like Inspector Gadget with his go-go arms there,” Orlando Antigua said Sunday. “Not only does he jump but did you see how long his arms are? It’s like dropping it from the ceiling.”

On his final dunk of the week, Collins caught a lob from Sahvir Wheeler. The angle below shows how ridiculous the dunk was.