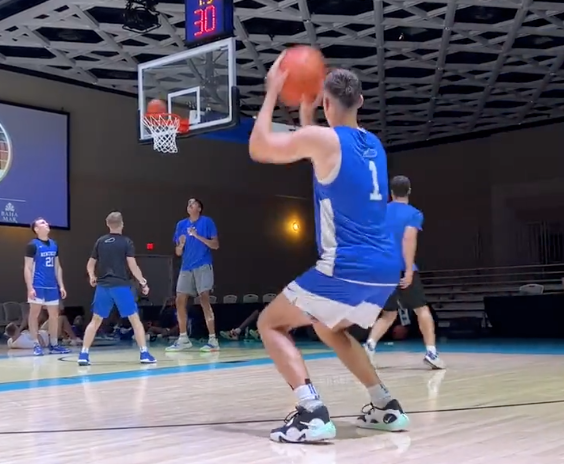 The Kentucky Wildcats will take the floor Wednesday night for the first of four exhibition games in the Bahamas.

Kentucky will play the Dominican Republic U22 National Team at 7 p.m. ET. Wednesday night on the SEC Network.

John Calipari told fans during an open practice Tuesday that sharpshooter CJ Fredrick will be eased into action this week, along with freshman guard Adou Thiero. Theiro is dealing with growing pains while Fredrick is returning from a season-ending hamstring injury he suffered last November.

Related: CJ Fredrick and Adou Thiero will Play Limited Minutes in the Bahamas

While Calipari says Fredrick will play 10-15 minutes per game, Kentucky fans will indeed get their first live look at the transfer guard from Iowa, who is one of the best long-range shooters in college basketball when healthy.

The UK guard showed the fans in attendance Tuesday his ability to connect from three-point range, hitting 63 shots in a five-minute shooting drill.