Kenny Payne on John Calipari and the Kentucky-Louisville Rivalry 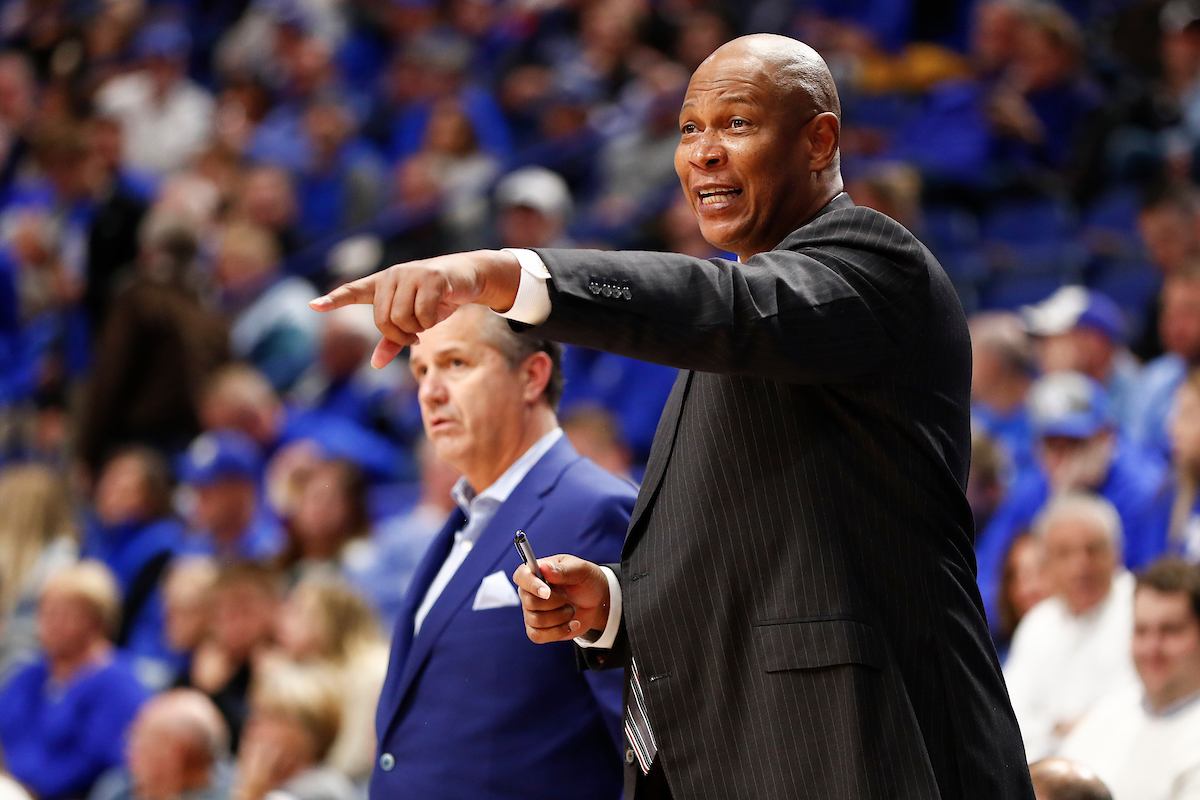 Louisville coach Kenny Payne joined Jon Rothstein’s podcast earlier this week where he discussed his relationship with John Calipari and the rivalry between Kentucky and Louisville.

Payne spent ten seasons with Calipari at Kentucky, including six as the top assistant on staff. In those ten seasons, the Wildcats appeared in four Final Fours and won the 2012 NCAA championship.

Payne says Calipari was one of the first people to reach out to him when Louisville offered him the job.

“Cal was probably one of the first people to say, ‘Kenny, it’s an unbelievable job. It has all the things you just said. It has a great tradition, it has great facilities. It’s a basketball school. You’ve got to — it’s your home. You’ve got to seriously consider it and I hope you take it, for you and for that community.’ He was one of the first people to do that and say that to me.

“Two things with that. One, it shows he cares about me but he also cares about the state of Kentucky and basketball. Not just the University of Kentucky, but does it really look right if Louisville is down and Kentucky is up? How does it look when both of us are having a lot of success and it creates a lot of buzz throughout the state? To have that foresight to see that and recognize it, it goes to show — and not just him, the president of the university [Eli Capilouto], Mitch Barnhart, they all were very supportive and reached out and endorsed it.”

Payne leading the charge on the Louisville side adds something new to the rivalry but the Louisville coach has nothing but love and respect for Calipari. He says both coaches will do whatever it takes to win when the teams meet for one day each year.

“Cal is a friend, a mentor, a person that I’ve learned so much from and I love him as a person and his family, Ellen, Brad, and the girls. But also we both are competitive men. We both want a culture of winning. And that in no way will be, from my side or his side, I don’t believe — it won’t be the negative hatred for John Calipari from me. It’ll be a game that I’m going try to do everything in my power to help my team win and he’s going to do the same. I hope I win by one but we’ll see how that goes and regardless of what happens, we’re going to give it our best shot.”

You can find the entire interview below.

Fans can Vote for Adou Thiero for Pennsylvania Mr. Basketball
Report: Kentucky-UCLA to Play in New York City this Season