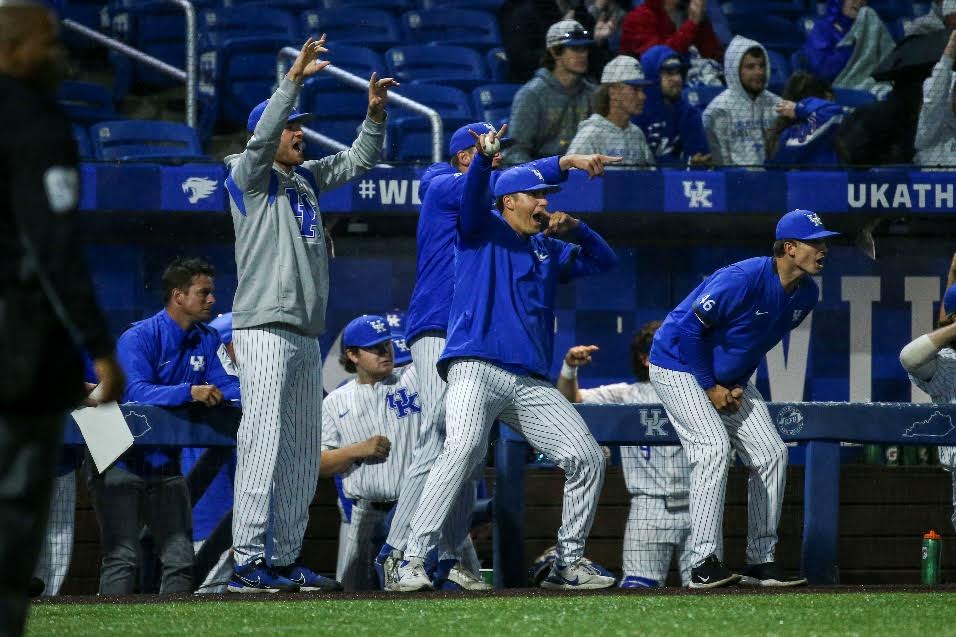 LEXINGTON, Ky. – It took an extra day but Kentucky claimed its first series win over a No. 1 team since 2016 with a 5-2 rain-postponed victory over No. 1 Tennessee on Saturday at Kentucky Proud Park. It is Tennessee’s first series loss of the season and first Southeastern Conference road series defeat since 2019.

Ryan Ritter homered for his 100th career hit on Friday evening and Sean Harney picked up his first save of the season on Saturday by getting the final five outs after heavy rain and lightning in Lexington forced the game to be suspended in the top of the eighth inning. The start was delayed one hour and 43 minutes due to lightning in the area as well.

Zack Lee picked up the win after stranding a pair of runners in the fourth inning and delivering 3.1 innings of one-hit baseball out of the bullpen. Oraj Anu doubled in a run in the sixth inning and an insurance run in the eight for the Cats.