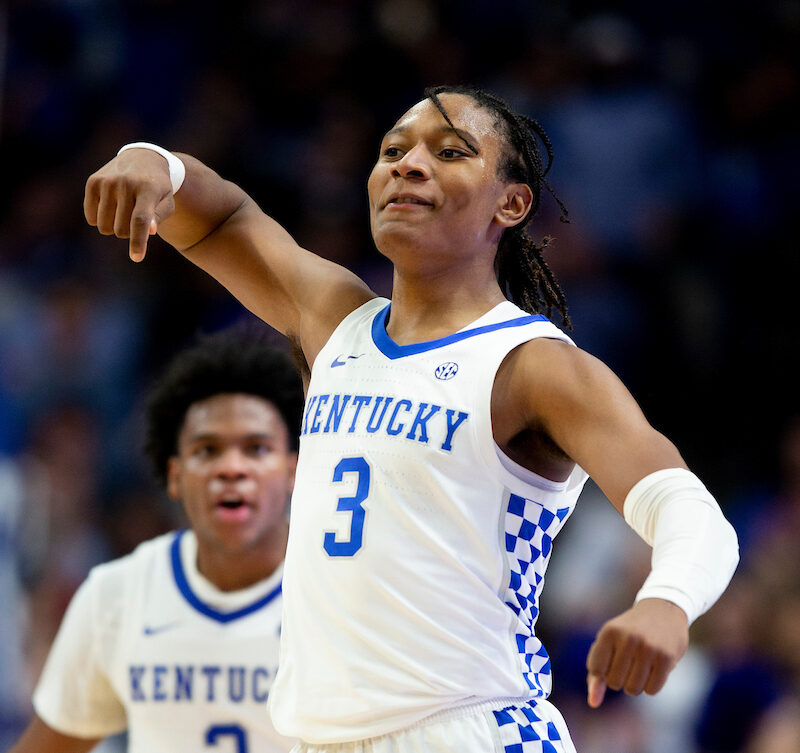 LAS VEGAS – Opportunity awaits a host of Kentucky men’s basketball players in the NBA Summer League in Las Vegas over the next couple of weeks. Twelve Wildcats will be in action in Las Vegas beginning on Thursday.

Here is a list of the former players who finished their collegiate careers at UK scheduled to play in the Las Vegas league:

The Las Vegas League will take place at the Thomas & Mack Center and Cox Pavilion on the campus of the University of Nevada, Las Vegas. All 75 games of the 11-day competition will air live on ESPN’s family of networks or NBA TV. Every game will also be available to stream on the ESPN app.

In 13 seasons with John Calipari at the helm, Kentucky has churned out three No. 1 selections, 34 first-rounders, 23 lottery picks and 45 total players in the NBA Draft. The 45 draft picks are 12 more than the next closest school (Duke).

UK has had at least one player taken in the opening round in each of the last 13 drafts under Calipari. That’s the longest streak in the modern draft era (since 1966). Calipari’s streak is 15 straight dating back to his time at Memphis.

Of the 74 players who have finished their college careers at UK under Calipari, 45 have been selected in the NBA Draft, a 60.8% success rate. Another eight of those made the NBA, and the majority of the rest were walk-ons. Those numbers do not include the late Terrence Clarke.

Calipari’s players are not only reaching the next level, but they are also succeeding when they do. Since 2010, eight Calipari-coached players have garnered 28 All-Star selections. Derrick Rose (from Memphis) was named league MVP in 2011. Seven of his players have been tabbed All-NBA (Rose, John Wall, Anthony Davis, DeMarcus Cousins, Karl-Anthony Towns, Julius Randle and Devin Booker), three have been named NBA Rookie of the Year (Rose, Tyreke Evans and Towns), Randle was tabbed the NBA’s Most Improved Player in 2021, Tyler Herro was tabbed the Sixth Man of the Year in 2022 and 15 players from Calipari’s first 12 teams at Kentucky have made the NBA All-Rookie teams.

At least one former UK player has made one of the All-NBA teams in seven of the last eight seasons.

Using figures compiled by basketball-reference.com and spotrac.com, Calipari-coached players only (which includes Rose but not Rajon Rondo) have amassed more than $3.5 billion in career NBA contracts.