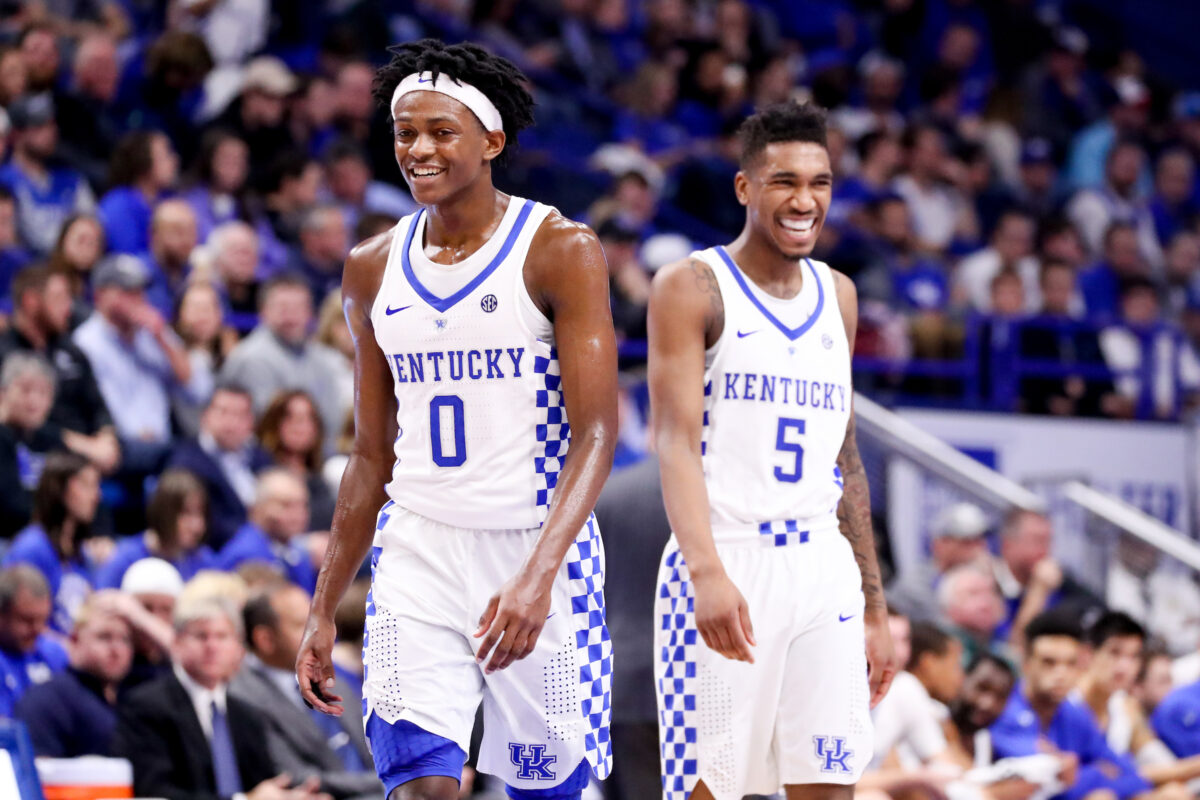 Former Kentucky Wildcat Malik Monk agreed to a deal with the Sacramento Kings in NBA free agency earlier this month, making his move over to Sacramento from Los Angeles.

The deal reunites Monk with De’Aaron Fox, his backcourt teammate from his one season at Kentucky in 2016-17.

During his press conference with the Kings, Monk was asked about playing with his former Kentucky teammate.

“I talk to Fox every day,” Monk said. “I’m ready to play with my teammate, my brother.”

Malik Monk on joining the Sacramento Kings and playing with his old teammate at Kentucky in De’Aaron Fox: “I talk to Fox everyday… I’m ready to play with my teammate, my brother.” pic.twitter.com/SpDIdhuUYI