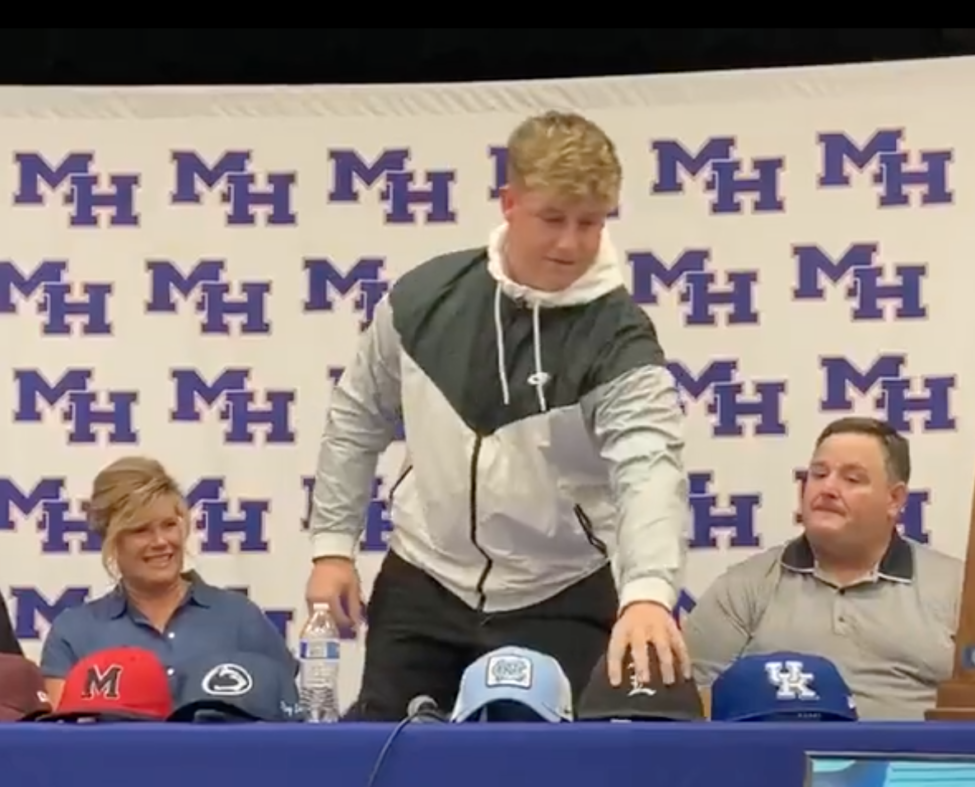 The Kentucky football program landed an important piece to the future of the Big Blue Wall Saturday afternoon.

Koby Keenum, the No. 3 center in the 2023 class by Rivals, announced his commitment to Kentucky over Louisville, Ole Miss, Mississippi State, North Carolina, and Penn State, among other offers.

Before choosing the Wildcats, Keenum had to troll Louisville.

Watch below as Keenum put his hand on the Louisville hat before he selected the UK one.

The No. 3 Center in the Country Commits to Kentucky Football