Calipari will continue to honor Joe B. Hall with rolled up program 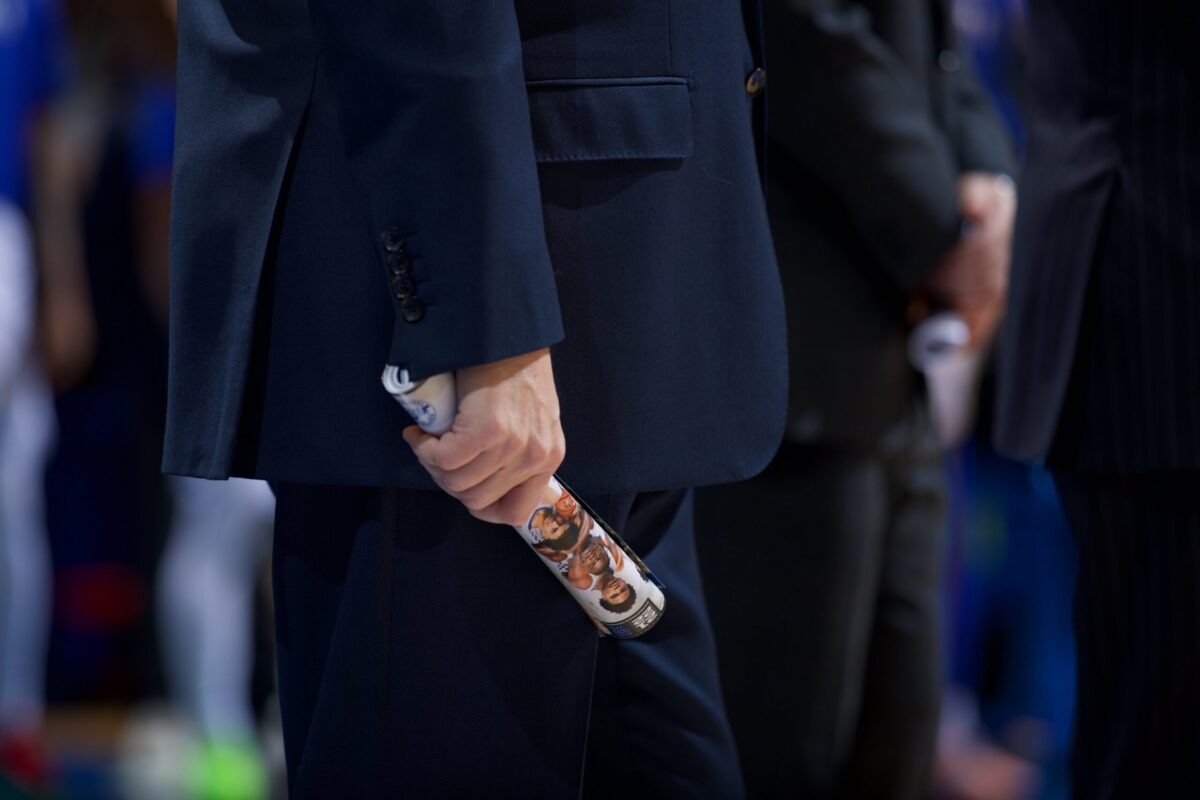 The Wildcats used a 1-3-1 zone on the first defensive possession of the game, something Hall tried to convince Calipari to use for years.

Calipari will continue to honor Hall the rest of the season by bringing a rolled up program to the bench with him.

John Calipari says he will bring out the rolled up program to the bench with him every game the rest of the season.