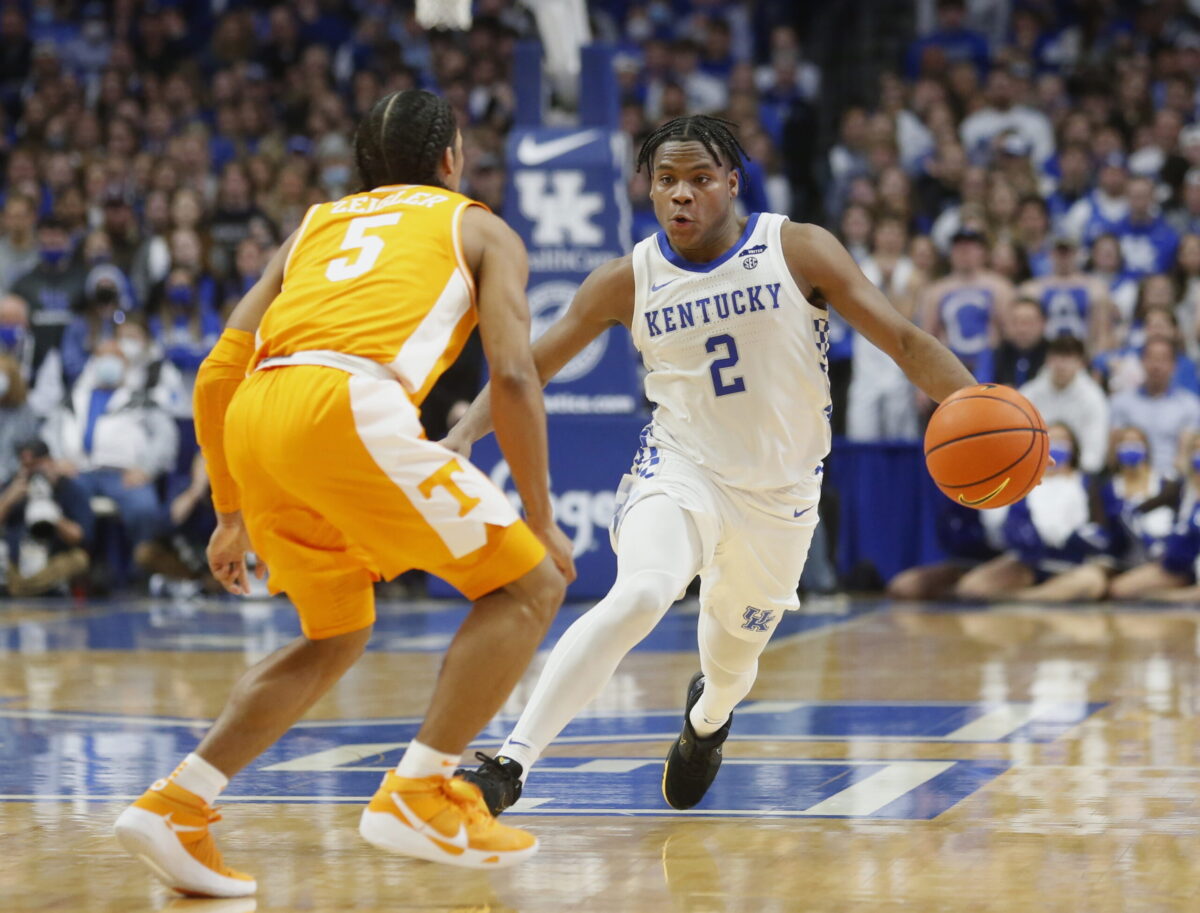 The Kentucky Wildcats cruised to their 14th win of the season Saturday afternoon at Rupp Arena, defeating Tennessee 107-79.

Kentucky shot 67.9 percent from the field, connecting on 38-of-56 shot attempts. The Wildcats also connected on 11-of-18 three-point attempts, good enough for 61.1 percent.

Kentucky entered Saturday’s game No. 9 overall in KenPom, including 8th in offensive efficiency. Scoring 107 points vs. the Volunteers moved Kentucky up in both.

Kentucky is now the No. 4 team in both KenPom and adjusted offensive efficiency.

Tennessee entered the game with the second-most efficient defense in KenPom, surrendering an average of 60.7 points per game. The Wildcats nearly matched that mark in the first alone with 52 points.

Prior to today, the most points Tennessee had given up this season was 79 vs. LSU last Saturday.

Calipari will continue to honor Joe B. Hall with rolled up program
Kentucky’s Four Guards were on Fire vs. Tennessee