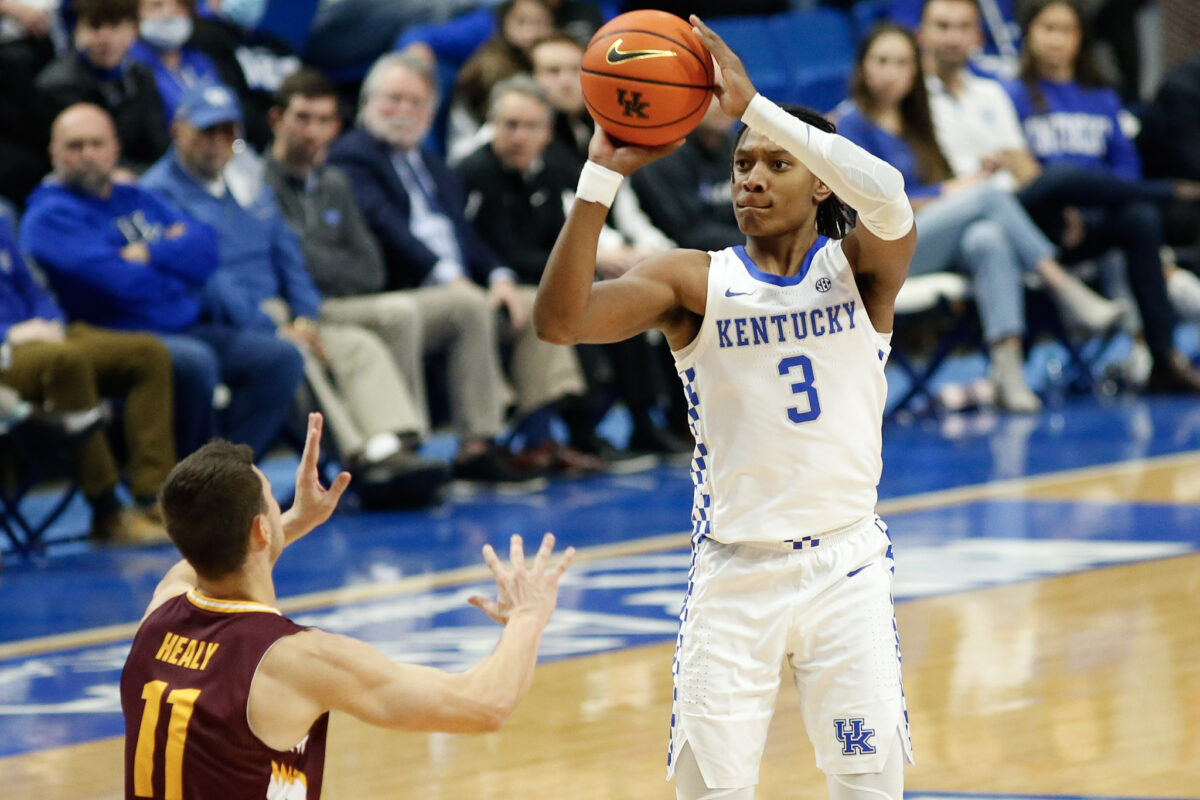 Oscar Tshiebwe led the way with his 12th double-double of the season, totaling a career-high 30 points and 13 rebounds in the win.

TyTy Washington led the charge at point guard again with Sahvir Wheeler missing his second straight due to a neck injury. The freshman guard added 15 points, 4 rebounds, and four assists in the win.

For the longest time this season, I thought this Kentucky team was missing a star player. Even though they were winning, it was fueled by a collective group of guys that were good at individual roles.

For the second straight game, the junior forward notched a career-high in points. He scored 30 points in Tuesday’s win on 11-of-16 shooting, following up a 29-point night vs. Georgia in the previous game.

Throw in Washington’s 17-point, 17 assist performance vs. Georgia, followed by 15 points, 4 rebounds, and four assists vs. Vanderbilt, and Kentucky has two stars. Put them in pick and roll action together and it creates a lot of offensive opportunities for the Cats with Kellan Grady, Davion Mintz, and company ready to strike.

No injury is good news but in the two-game absence of Wheeler, Washington has found his rhythm offensively, especially in ball screen action. That bodes well for Kentucky when Wheeler returns.

Wheeler will resume his role at point guard when he returns but UK now knows they have another option at that position. Wheeler returning instantly makes Kentucky better both offensively and defensively but Washington off the ball and in pick and roll adds a different element to the team on offense, given his ability to shoot the ball and his size in those situations.

The freshman guard has played at his pace with the ball in his hands the last two games.

Forced minutes in the last three games also allowed Mintz to build confidence. Mintz will be the guy that goes to the bench when Wheeler returns, giving the Wildcats a lethal sixth man while adding a fourth guard to the rotation you have confidence in.

Mintz is 11-of-20 from three-point range in the last three games. Prior to that, the veteran guard was 10-of-37 from long-range on the season.