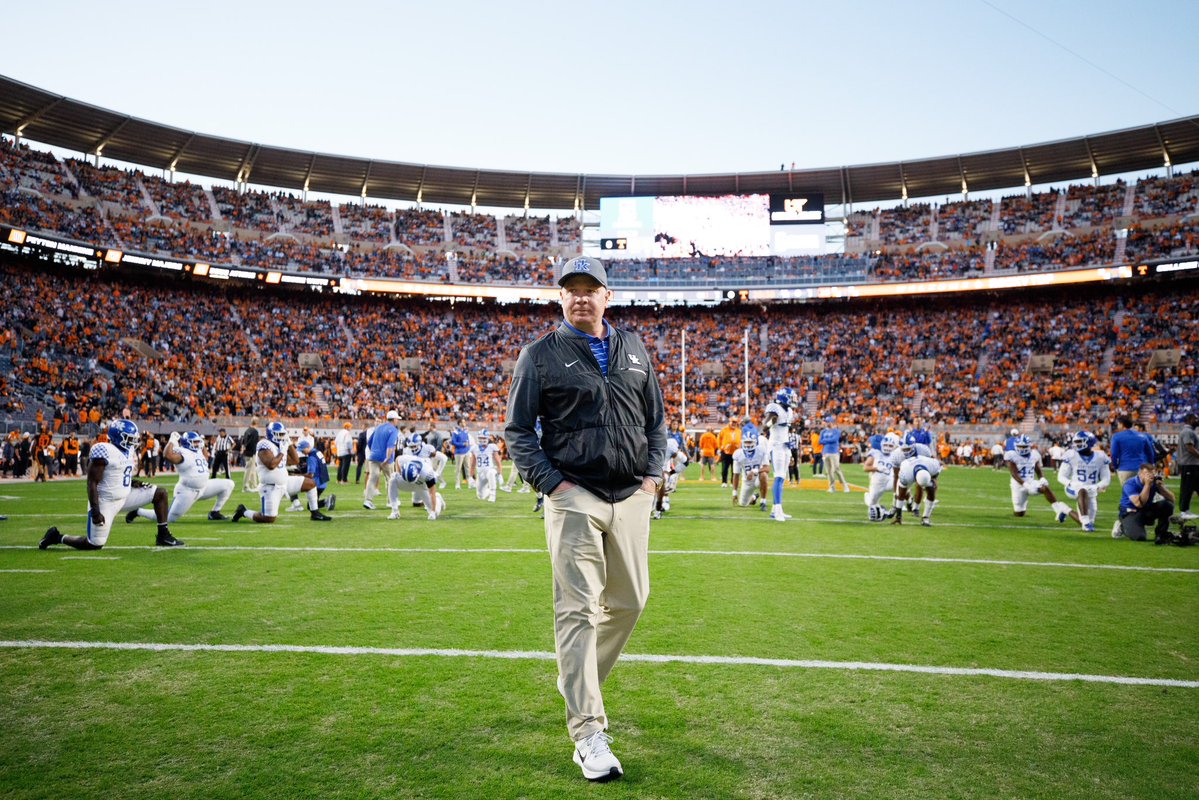 The Kentucky Wildcats dropped their third game of the season Saturday night, a 44-6 beatdown at Neyland Stadium vs. Tennessee.

As a result, the Wildcats dropped out of the AP Poll for the first time this season.

The Wildcats opened the season ranked in the AP Poll and climbed into the Top 10 after two weeks. But a disappointing October dropped Kentucky out of the rankings.

Kentucky checks in at No. 27, receiving the second most votes of teams outside the Top 25.