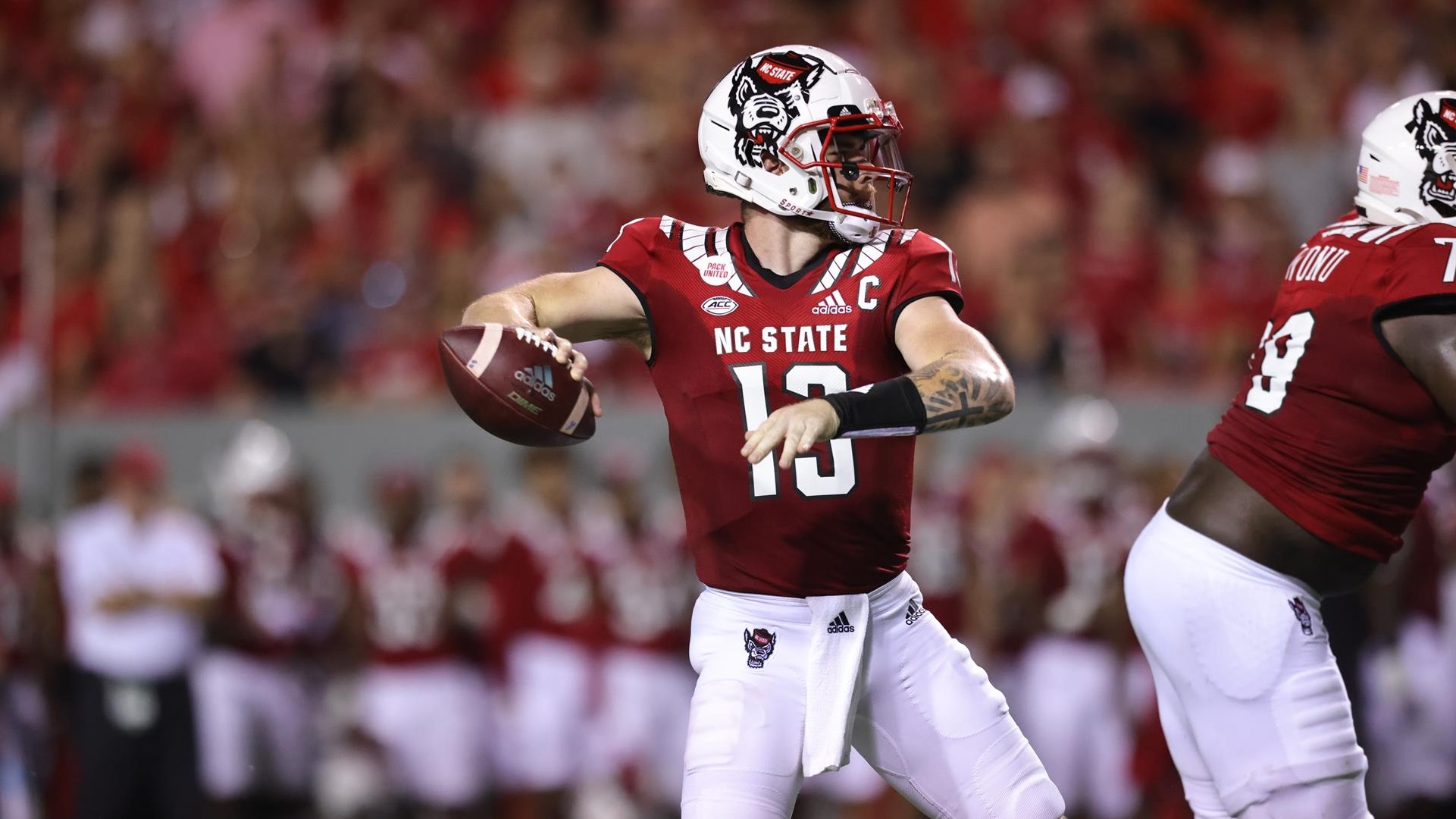 Kentucky has reportedly landed its starting quarterback for the 2023 football season.

According to Matt Zenitz of On3, NC State transfer Devin Leary is expected to transfer to Kentucky.

The NC State quarterback has totaled 6,807 yards passing in his career with 62 touchdowns. He threw for 3,433 yards and 35 touchdowns in 2021 while leading the Wolfpack to a 9-3 record.

In 2021, Leary was the only QB nationally with at least 35 TD passes and five or fewer interceptions.https://t.co/Tw3Avhpfug

UPDATE: Leary tells Hayes Fawcett of On3 that he has committed to Kentucky.