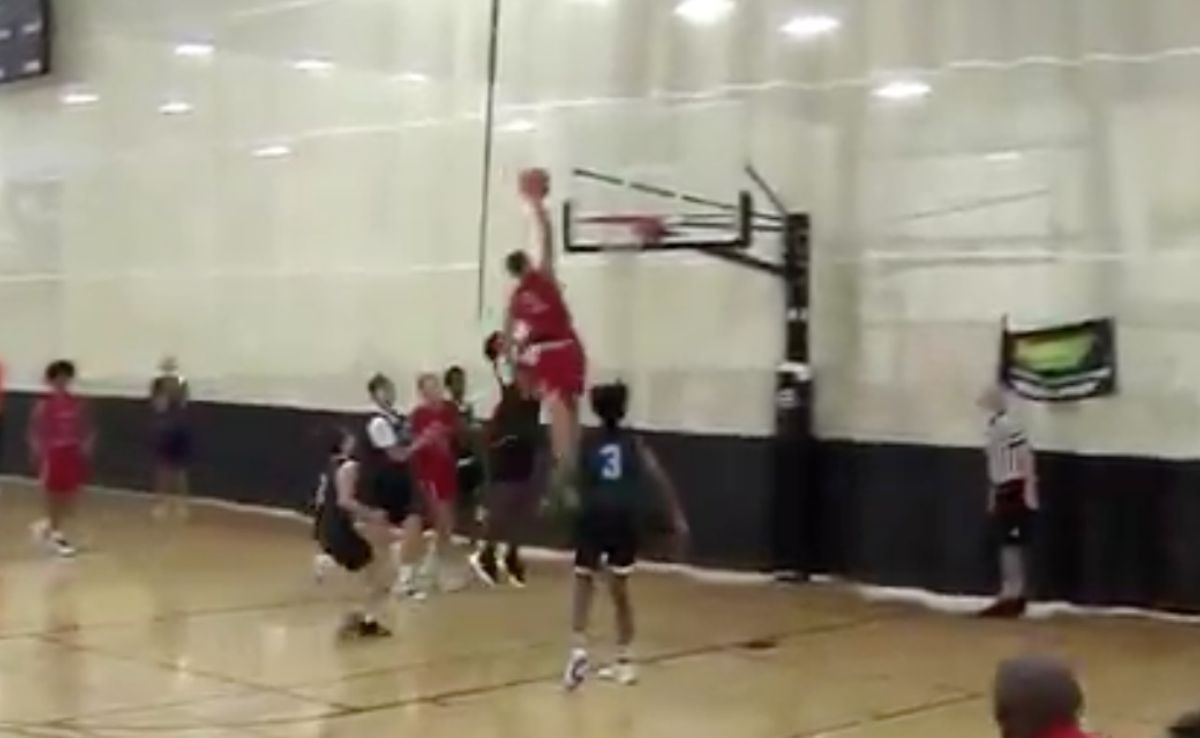 Reed Sheppard is carrying on the family legacy of success on the basketball court.

Sheppard, a sophomore to be at North Laurel High School in London, Kentucky, is the son of Jeff and Stacey Reed, two former Kentucky basketball stars.

Jeff led the Wildcats to the 1998 NCAA Title, taking home Final Four MVP honors, and Stacey became one of the best point guards and players during her time in Lexington. Like, mom and dad, Reed appears to be headed for big things on the hardwood as well.

The 16-year old is one of the hottest names in the state of Kentucky heading into his sophomore season, and he’s already showing the hops he got from his father.

The 2023 guard has all the tools to be a significant recruit out of the state of Kentucky.

Reed Sheppard just brought the house down on this JAM pic.twitter.com/rPKLy5aHTU

Are you serious Reed Sheppard!?! Back 2 back tomahawk SLAMS for the sophmore to be!! pic.twitter.com/1ebzrCycME