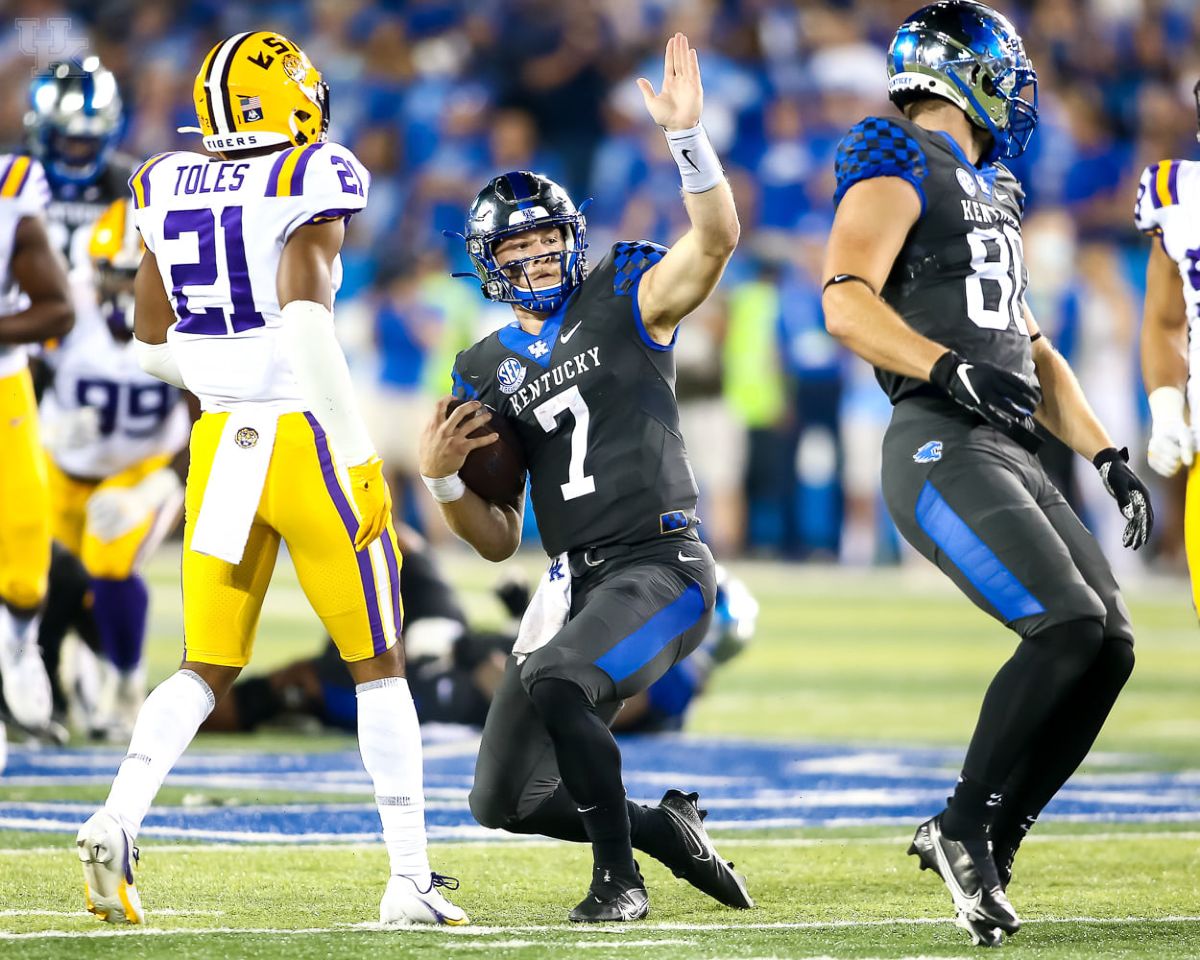 Kentucky quarterback Will Levis is generating some serious buzz at a first-round pick in the 2023 NFL Draft.

ESPN’s Todd McShay released his first 2023 mock draft this morning and the UK quarterback is in the top ten, going eighth to the New York Giants.

McShay wrote the following about Levis.

The Giants didn’t pick up Daniel Jones’ fifth-year option, which leaves the QB seat up for grabs next season. Levis needs to find more consistency, but he has a live arm and a big 6-foot-3, 232-pound frame. He has thrived in the quick game at Kentucky, with a lot of run-pass options and screen-type stuff, but there are some Josh Allen-like traits here for new Giants coach Brian Daboll. Oh, and Levis connected with receiver Wan’Dale Robinson — whom the Giants drafted in Round 2 this year — 104 times last season.

“The story of this draft, the storyline, is going to be quarterbacks,” Kiper said after mentioning Ohio State’s C.J. Stroud and Alabama’s Bryce Young. “It was two years ago and it will be again this year. Tyler Van Dyke at Miami, Anthony Richardson at Florida, Will Levis at Kentucky. The list goes on and on and on.”

Levis is now a projected Top 10 pick in the 2023 draft by seven national mock drafts.