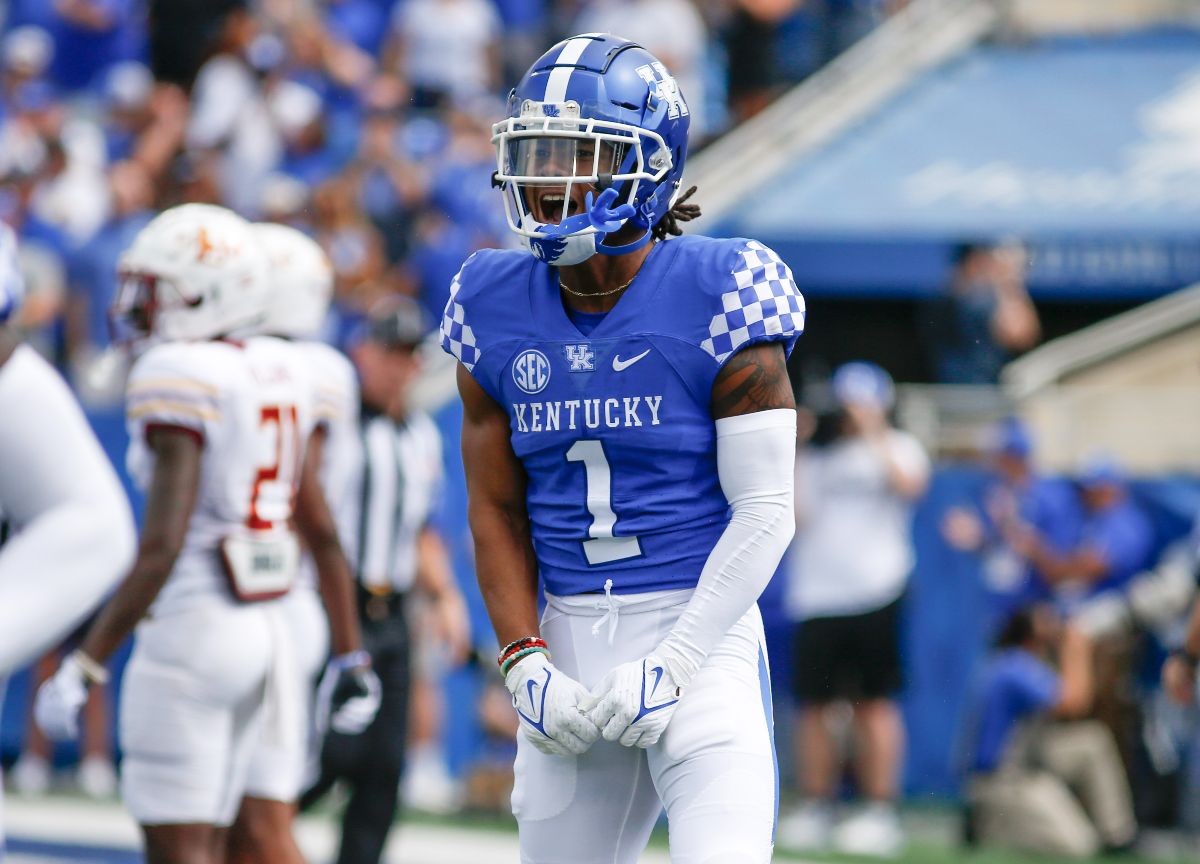 The journey to the Kroger Field endzone was a long one for junior wide receiver Wan’Dale Robinson.

Robinson grew up a Kentucky fan attending games at Kroger Field and committed to the Wildcats before eventually flipping to Nebraska in December 2018.

The Kentucky native returned home via the transfer portal last winter and Saturday was something he always envisioned.

“Whenever we came in for the Cat Walk I just kind of walked around the stadium and looked around,” Robinson said when asked if he took a moment to enjoy his Kentucky debut. “I was just like, ‘I’m finally here.'”

Robinson instantly added explosive plays to Kentucky’s offense when he hauled in a 33-yard touchdown catch on the first target of his UK career.

He added a second touchdown in the second quarter when he connected with Will Levis for a 15-yard score.

In total, Robinson recorded five catches for 125 yards and two touchdowns. His longest catch of the day covered 62-yards.

Wan’Dale Robinson said he walked into the stadium after the Cat Walk and just took it all in. “I’m finally here.” pic.twitter.com/Uy3w4pTKSo